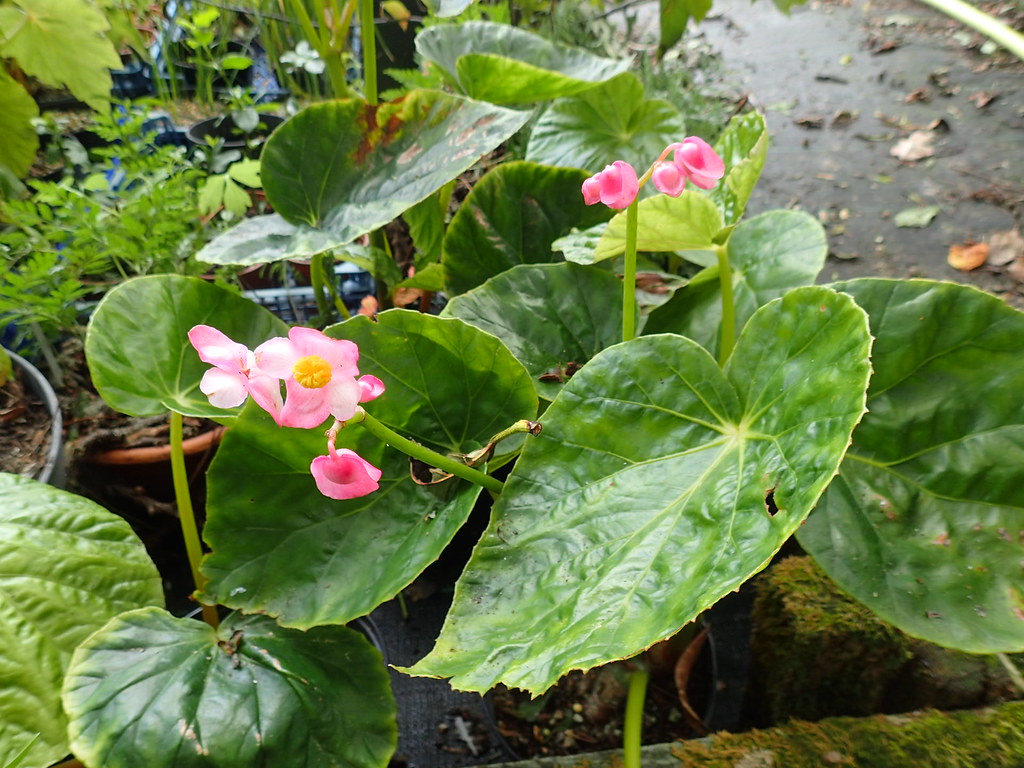 One of an increasing number of Begonias hardy enough to be grown year-round in the UK, this one has broad glossy green leaves and surprisingly large rich pink flowers from late summer until first frost. It really doesn't look like it should be a good garden plant but it has proved the most reliable hardy Begonia here on the nursery. 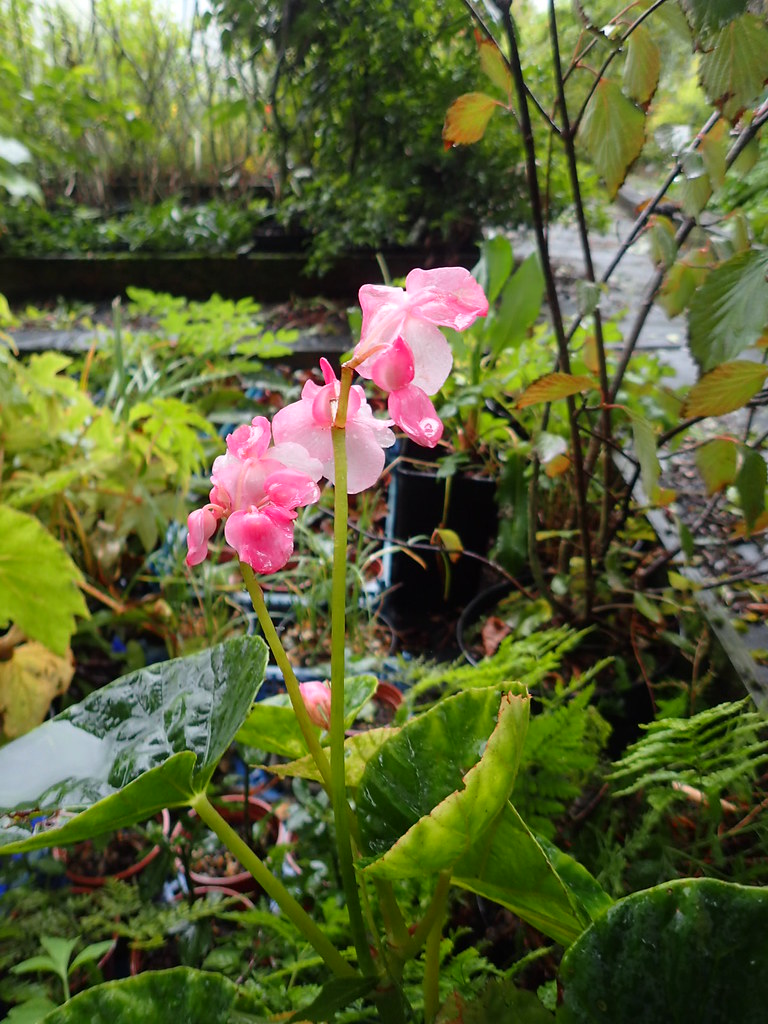 Hardy Begonias generally make very good woodland garden plants in the south-east of the UK, flowering late and not requiring vast amounts of water, unlike the hardy Impatiens and many other choice woodlanders, which may wilt or die if they dry out.
£12
Posted by Steve Law No comments: