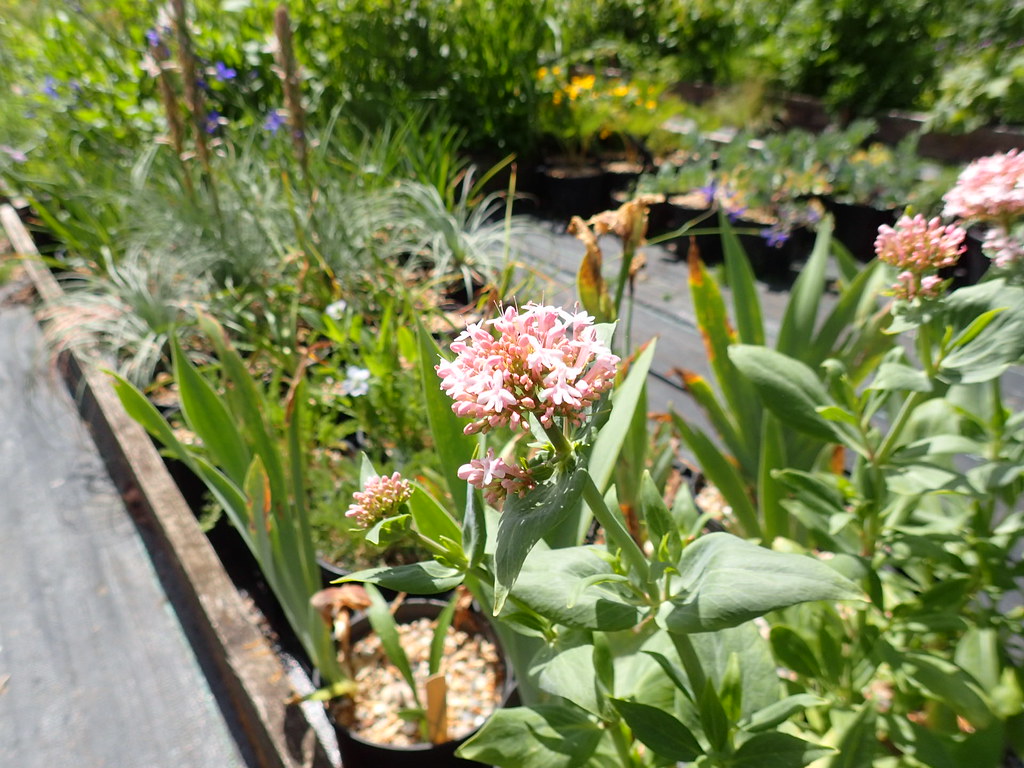 A rare pale rosy form of the common red valerian. Most of us will know this as a colourful weed growing out of walls and stony places - especially near the sea. Mostly it comes in three colours - vivid pink is the commonest, along with some reds and whites. This pale pink form is not one I've seen 'in the wild' (it's not a native UK species) and would make a pleasant addition to the mix. 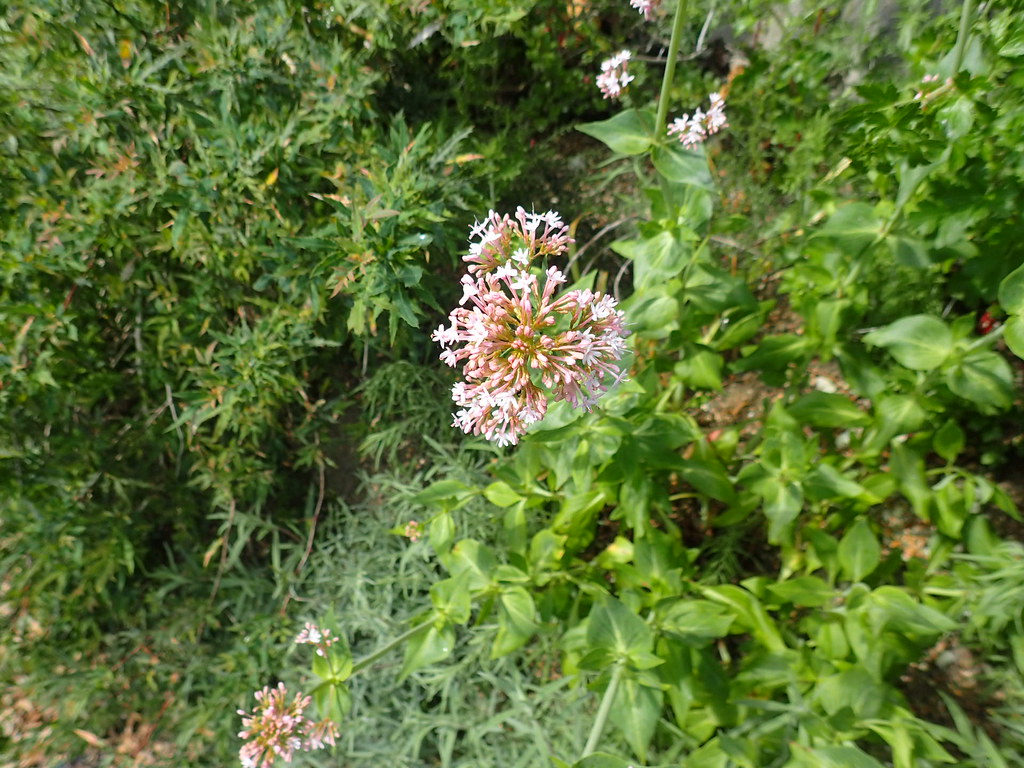 A nice addition to a dry, sunny wild garden. So far much less prolific than the common forms.
£8
Posted by Steve Law No comments: 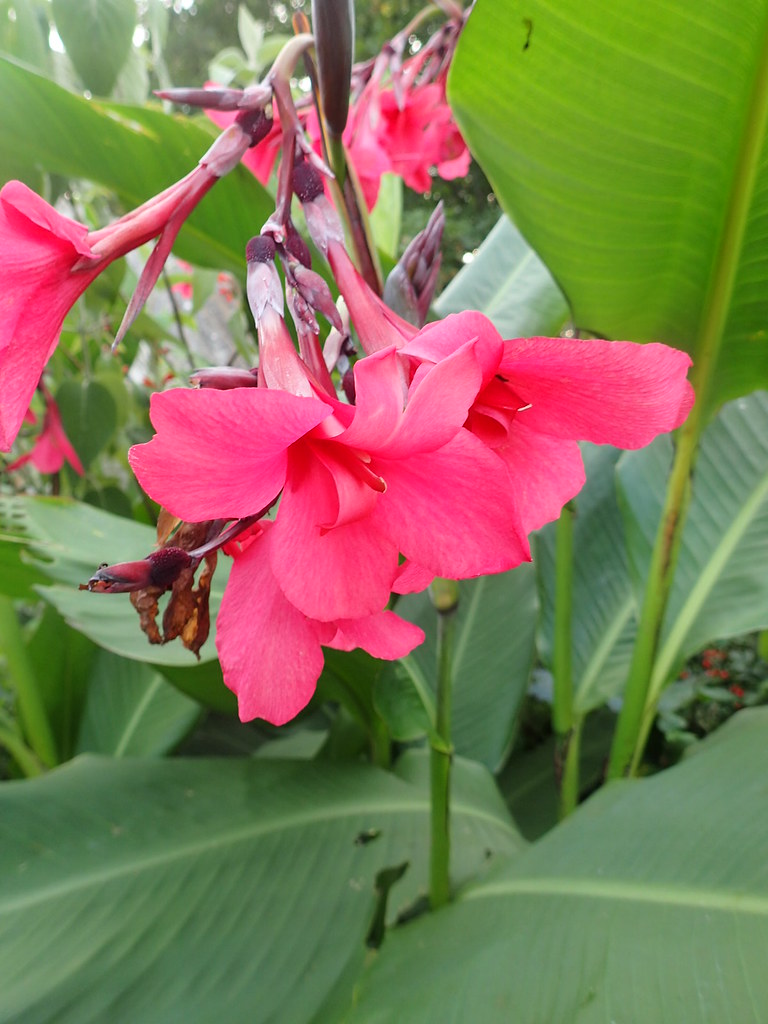 This is a wonderful plant - I normally find Cannas a bit too garish for my taste but this one has elegant and vivid cerise flowers in nodding sprays and on tall dark stems and broad lush green leaves, plus it's an enormous tropical looking banana-y thing to 10ft or more in full flower. Plus, it's been hardy here. All I've done is give it a thick pile of straw in winter. 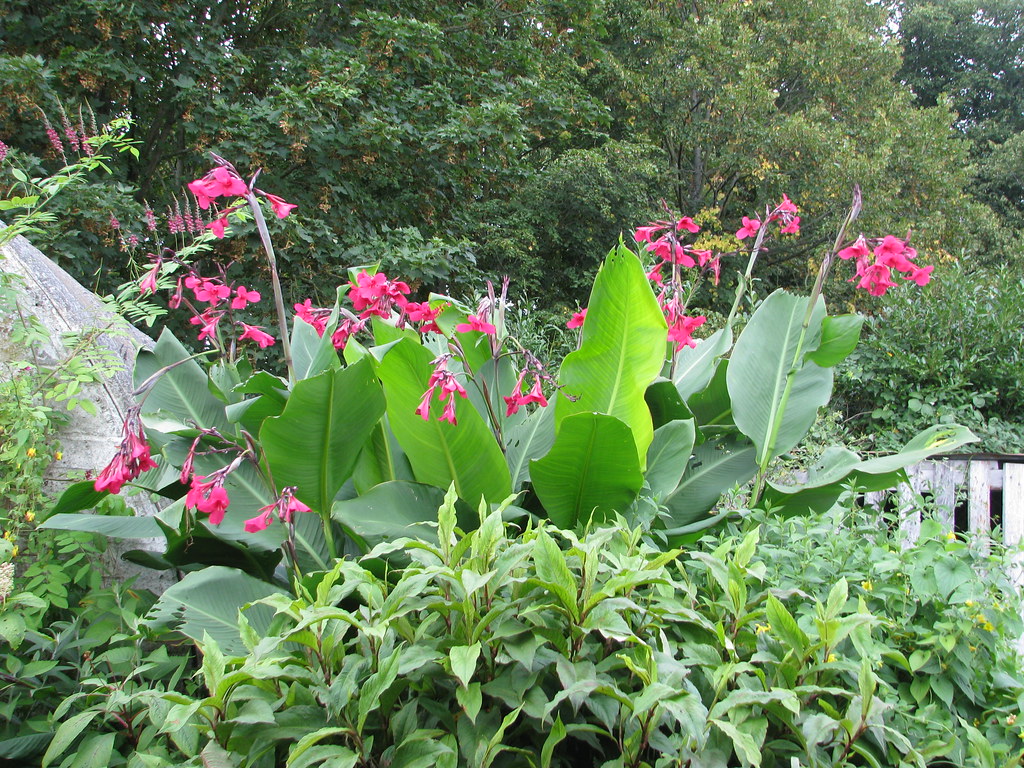 It dies down completely (the straw is held in place by the dead stems) but always reappears in May and is luxuriant and magnificent by August. A wonderful plant for anyone with a taste for the tropics.
£15