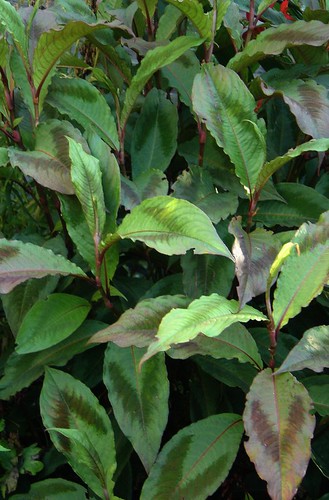 Persicaria virginiana Compton's form
This American species is not that often offered, possibly because the flowers are quite small bright red filaments and appear in Autumn. A magnificent foliage plant though - as good as many of the tropical Calatheas and Marantas (prayer plants). The leaf surface has a real lustre - richly coloured and with an odd black chevron - I know not why. 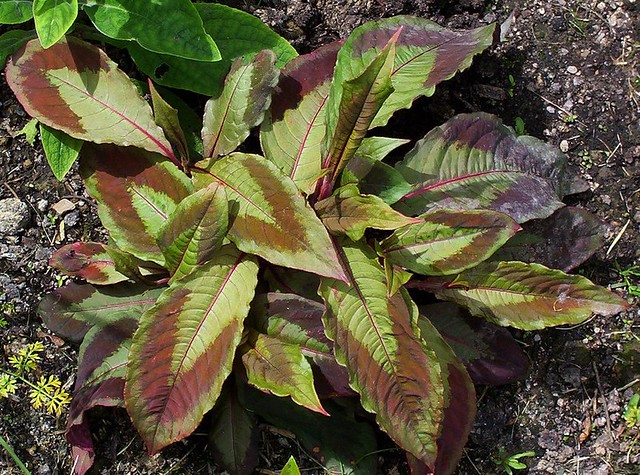 A good solid perennial for any soil in sun or semi shade. Height up to 4ft and not at all invasive.
£8 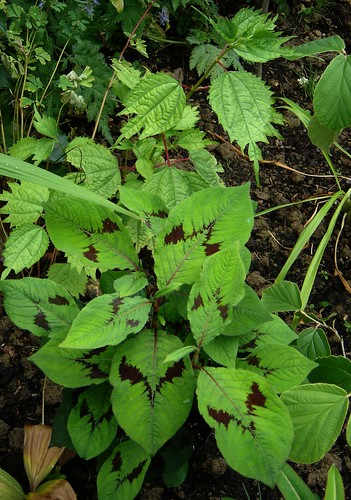 Originally bought as P.virginiana filiformis. I recently discovered (researching the next plant) that despite superficial similarities with virginiana, this is in fact an Asian species. This is a more lightly built species up to only 2ft tall but with exquisite velvet lustrous lime green leaves, and again with that dark chevron. 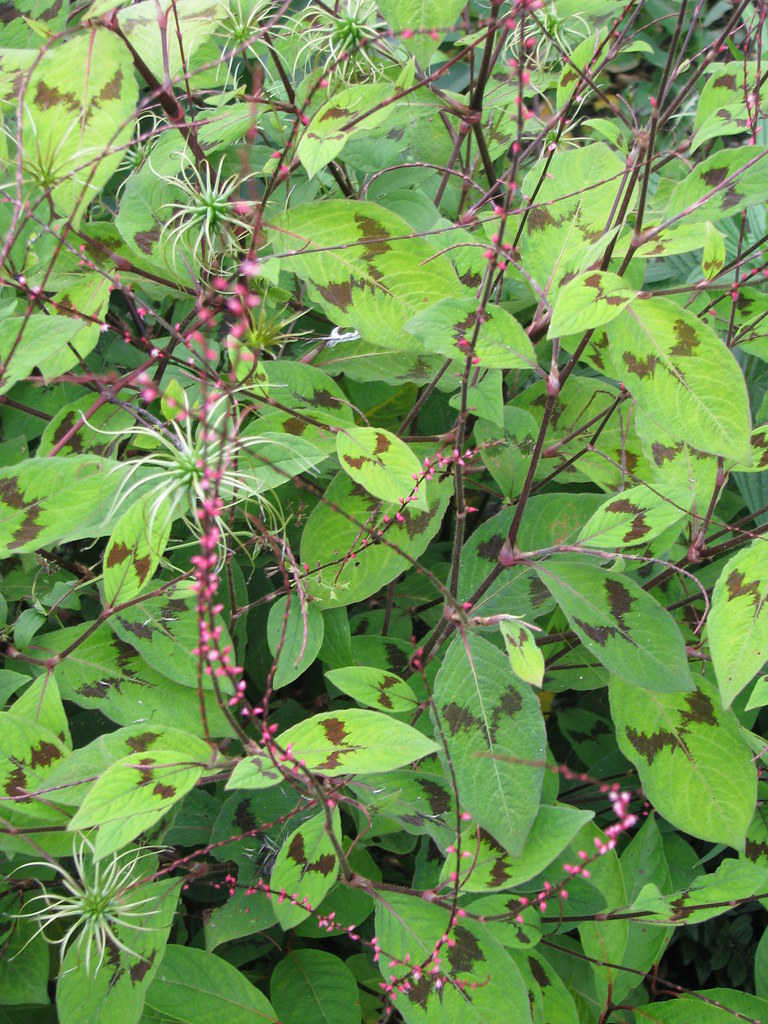 The red filamentous inflorescences are produced earlier, in late summer/early autumn. It does seed about a little but in a good way. Very adaptable but best on moist soils
£8