Surprisingly few violets are well-known in cultivation and leaving aside some of the very tricky species and the all-too-well-known Pansies and Violettas, many are exquisite but easy-going plants of woodland and mountain, especially in Europe, the far East and North America, and they should appeal to anyone who likes Anemone, Primula and Cyclamen.

I suspect that many people, based on their experience of the invasive V.odorata, might be suspicious of these plants. My experience is that almost every group of plants has at least one weedy member, but that violets are no more prone to this than any other group. Some seed about but the seedlings are easily eradicated (or moved) and most show no inclination to run underground. 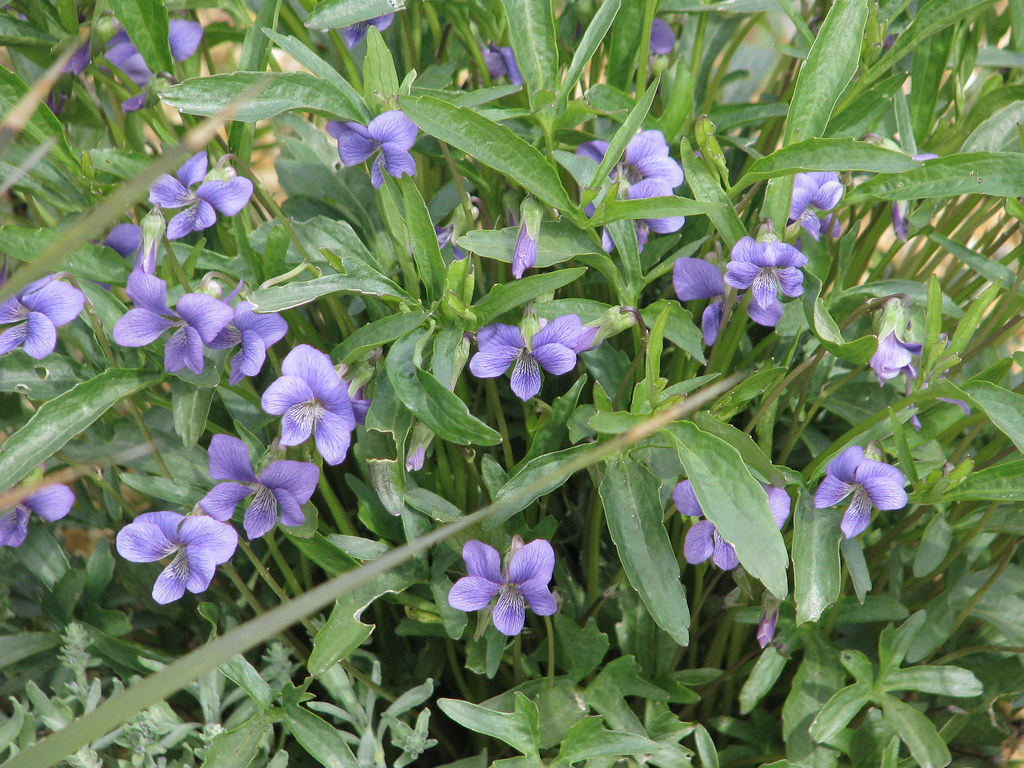 Pretty purple violet flowers produced in profusion among a clump of most un-violet-like fingered foliage. This is a European alpine species, almost never seen in cultivation to my knowledge, but which seems very happy indeed here in our sunny raised bed.
10cm pots ~ £5 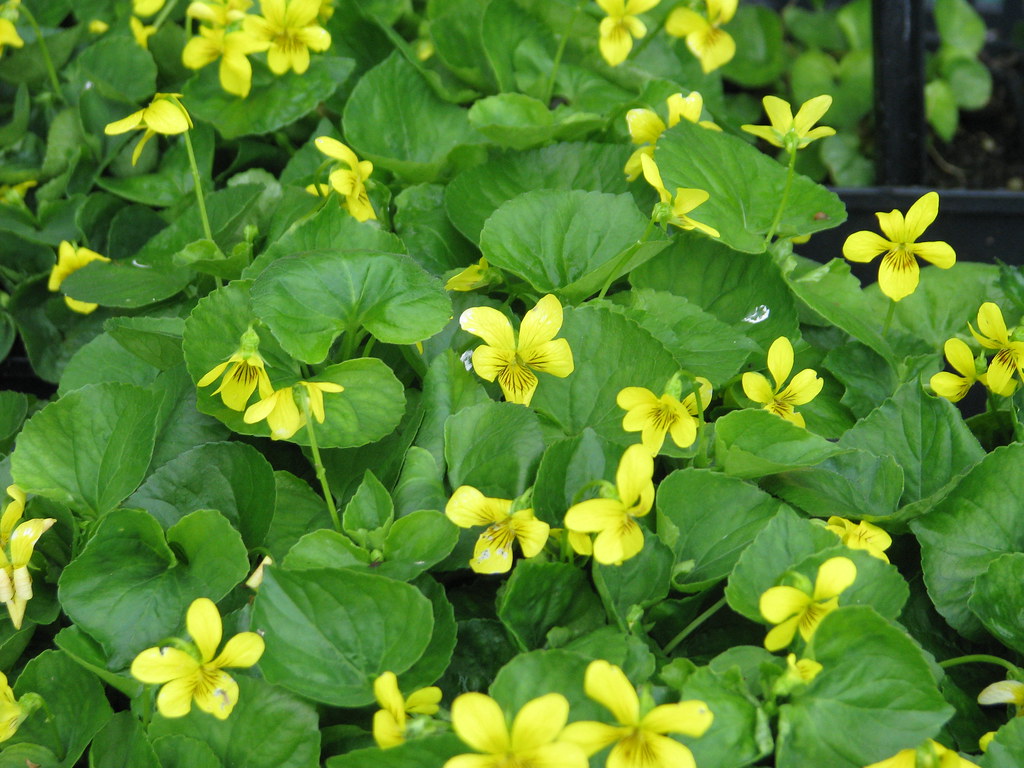 A really gorgeous little golden yellow violet from California (Thanks Dennis) - much nicer, I think, than the European V.biflora. My camera really refuses to capture the rich golden colour properly but the compact shiny foliage and floriferous-ness (phew!) should be apparent. A lovely woodlander. Will probably seed about but doesn't seem to want to run.
sold out 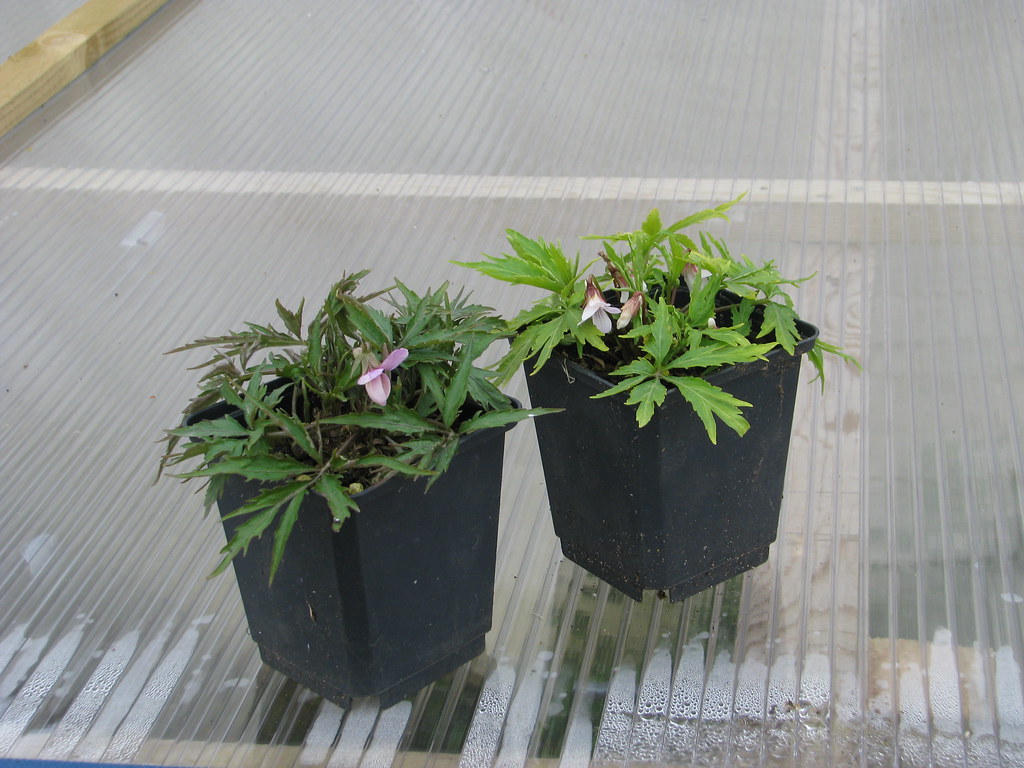 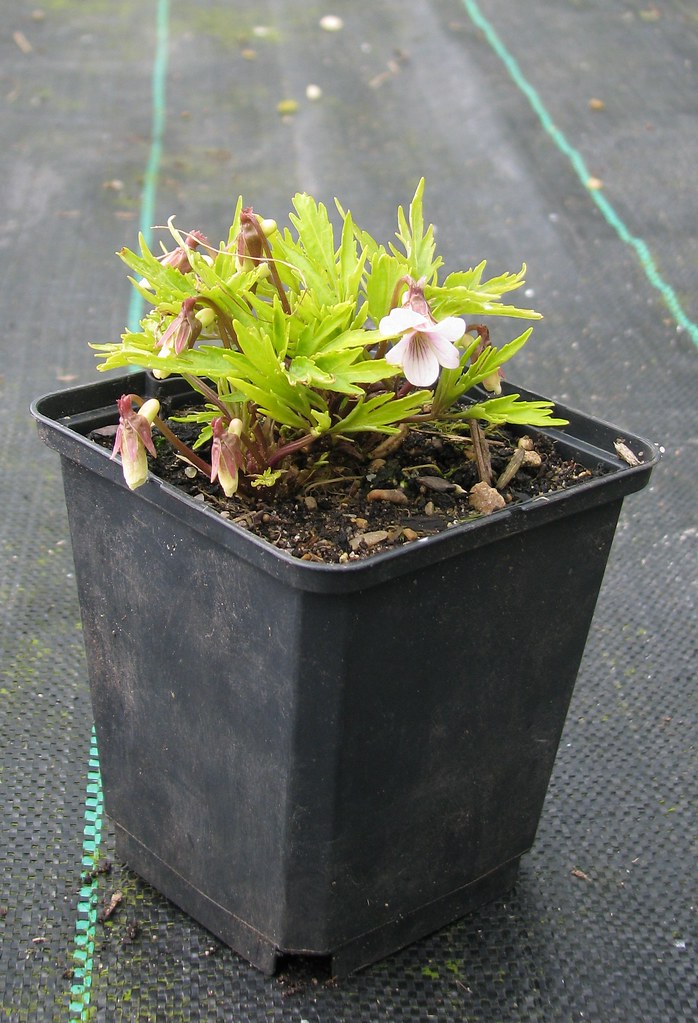 This paler version has yellowish foliage, turning darker later in the year.
V.sieboldii and chaerophylloides are notable for their jagged palmate foliage so they're in the right general area. Perhaps I should come up with some cultivar names? Whatever they are they are extremely lovely, and seem so far fairly easy in a cool woodsy spot. Once again, they seem to seed about a bit but not to run.
Few to spare so far. Please enquire