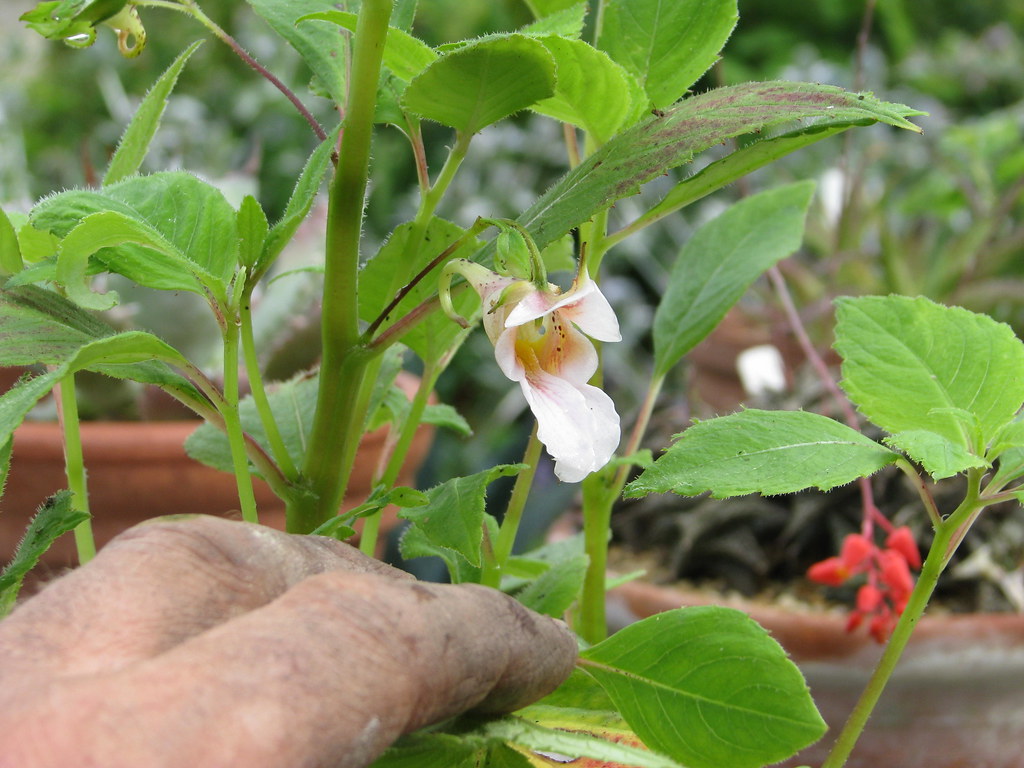 Another to add to the list of good hardy Impatiens. This one is notable for its creamy white flowers tinted with flesh pink inside (and with a few black spots for good measure) among broad fresh green foliage. 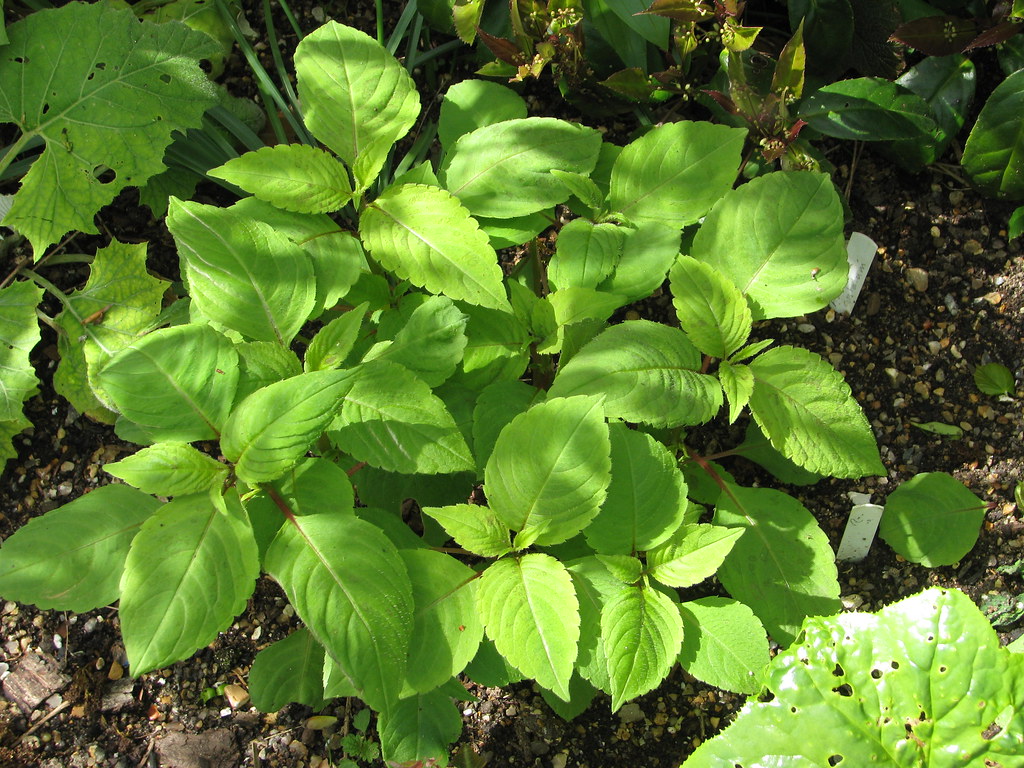 Reputedly very hardy. Some bits came up vigorously in my 'recycled' potting compost heap this spring - totally unaffected by the weather
1L pots ~ £8 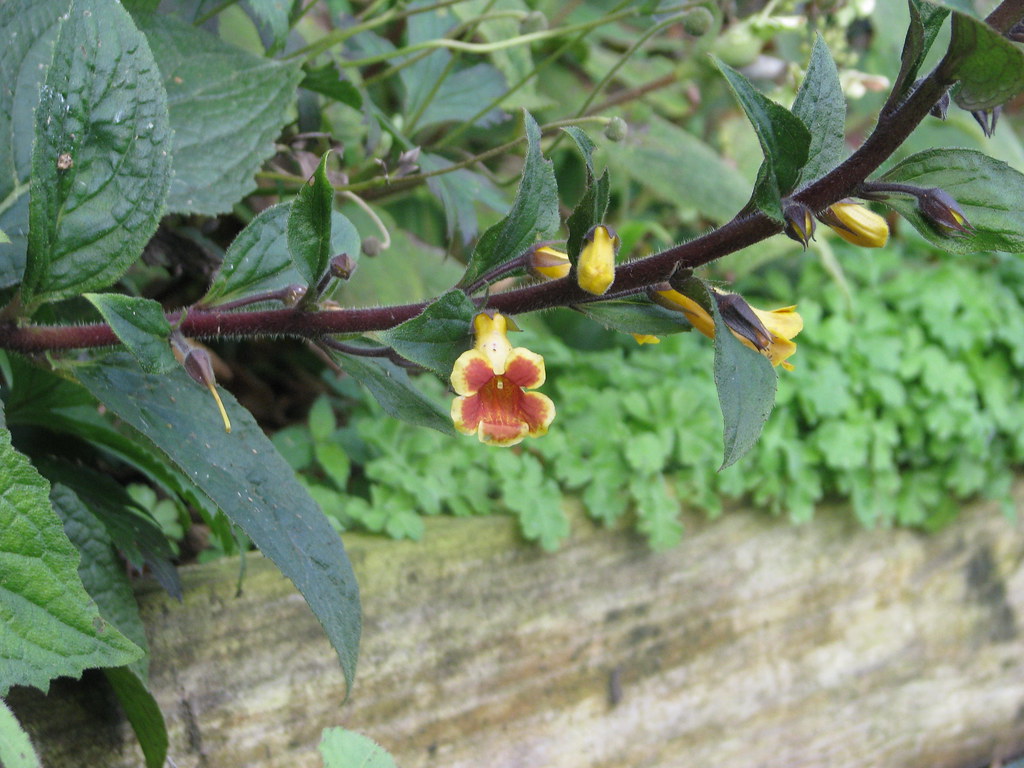 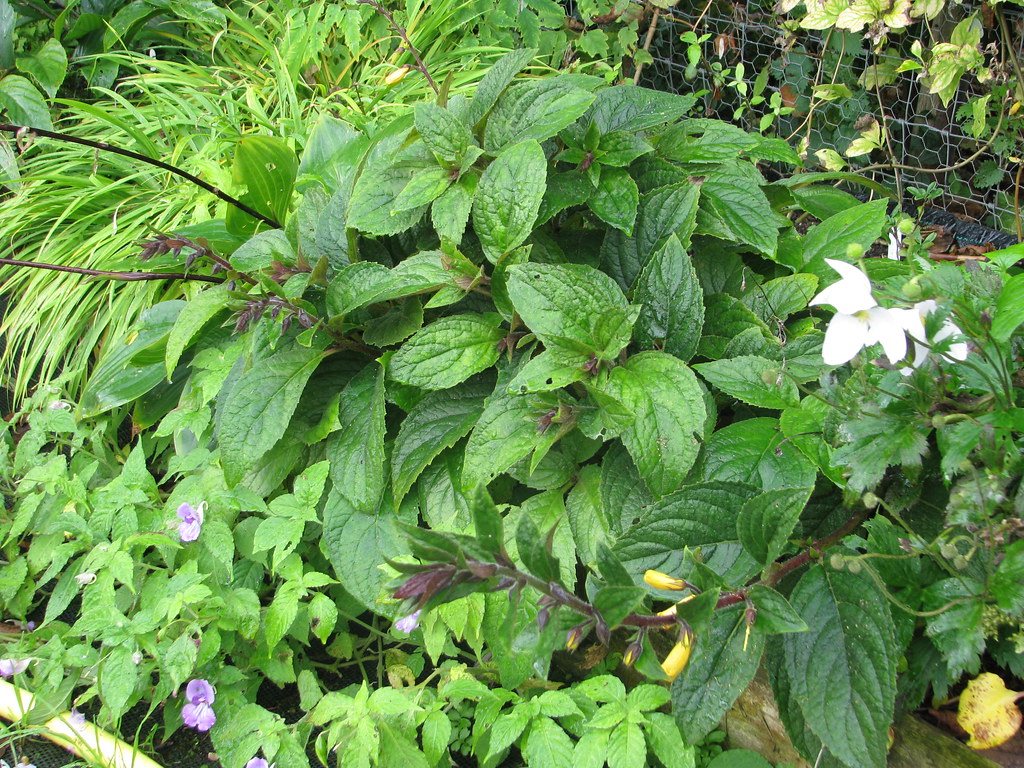 Not well tried outdoors in the UK, but the main problem overwintering temperate gesneriads usually is not the cold so much as keeping them dry in winter, This doesn't seem to be a problem in this case. Titanotrichum is best in a moist woodsy soil, and it is imperative that it does not dry out in summer, or else the flower buds will turn to tiny tubers (gemmae). A solid and vigorous woodland perennial - so far at least...
Rare and in short supply.
sold out
Posted by Steve Law No comments: