I have a new batch of these splendid winter flowering Australian shrubs on the nursery. Over there they're known as native fuchsias but that really doesn't do them justice.
Most of them need careful positioning outside and are safer in pots, brought in for the winter to stop them freezing through. That said, a very sheltered sunny spot on a poor, not too limy soil will often do them, especially in milder areas and near the sea. Correas do well in the dry semi shade under Eucalypts and Pines. 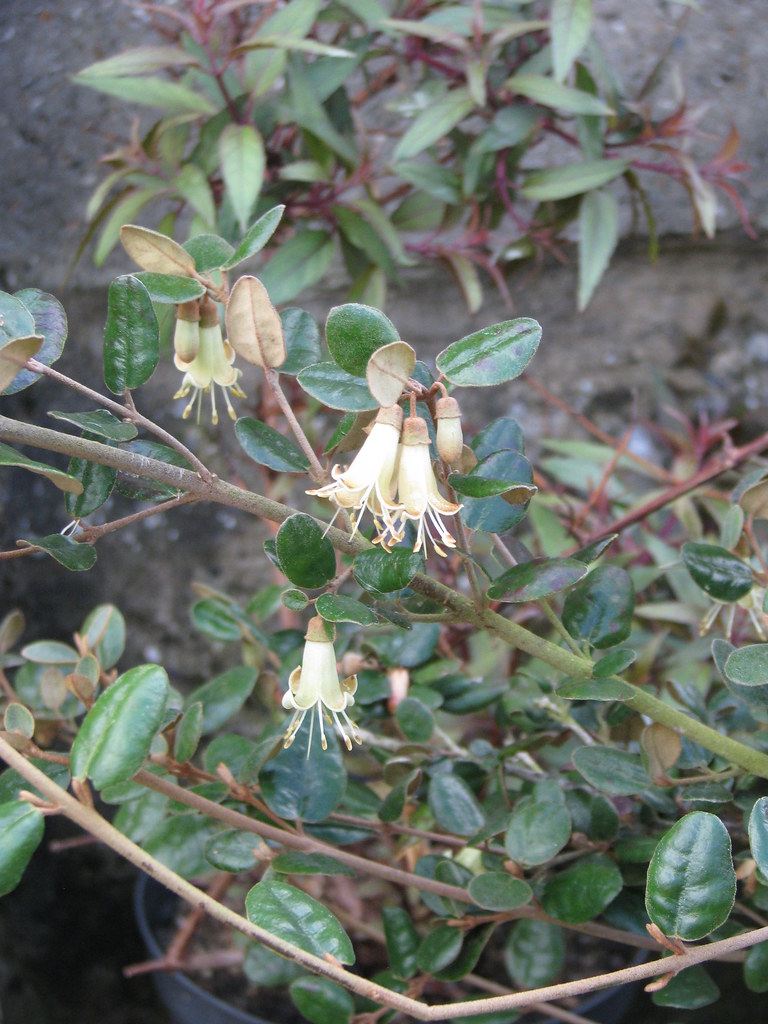 Possibly the hardiest species and known for being an excellent seaside shrub. I collected the original in Tasmania where it can be grown everywhere and is impervious to the weather. The bell shaped jade green bell flowers, touched with brown suede are a feature from autumn to spring.
3L pots ~ £15 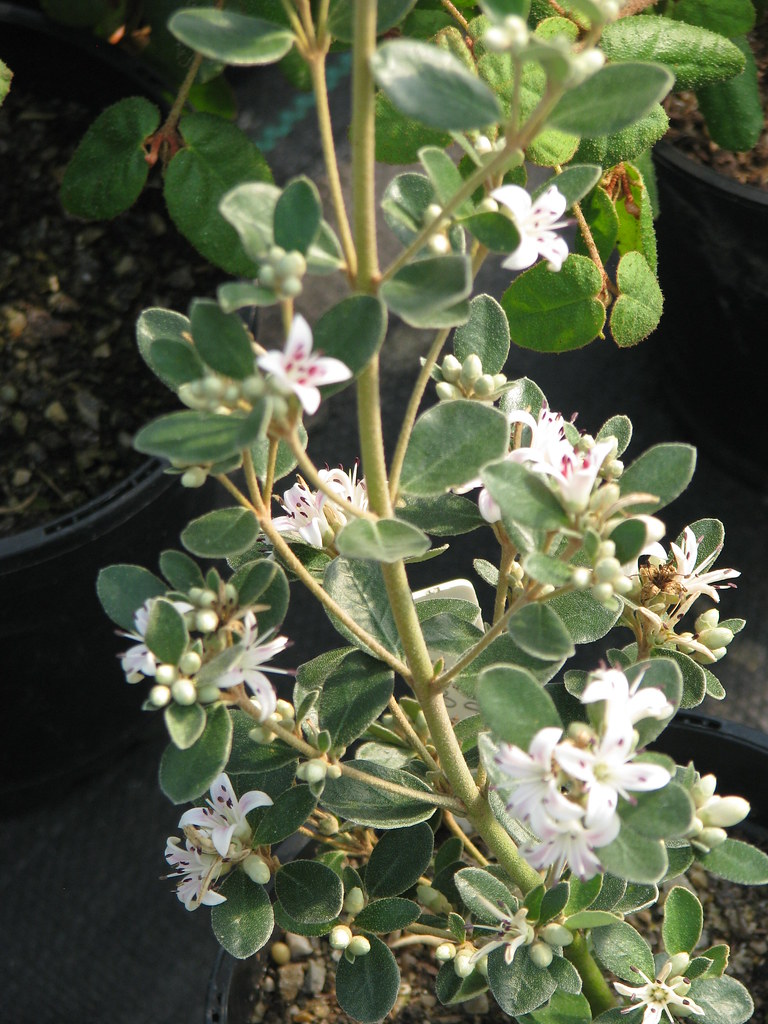 Almost as tough as backhousiana and good in the same conditions. The foliage is neater and the flowers are more open, less tubular than others, and white with a rosy tint within.
Sold out 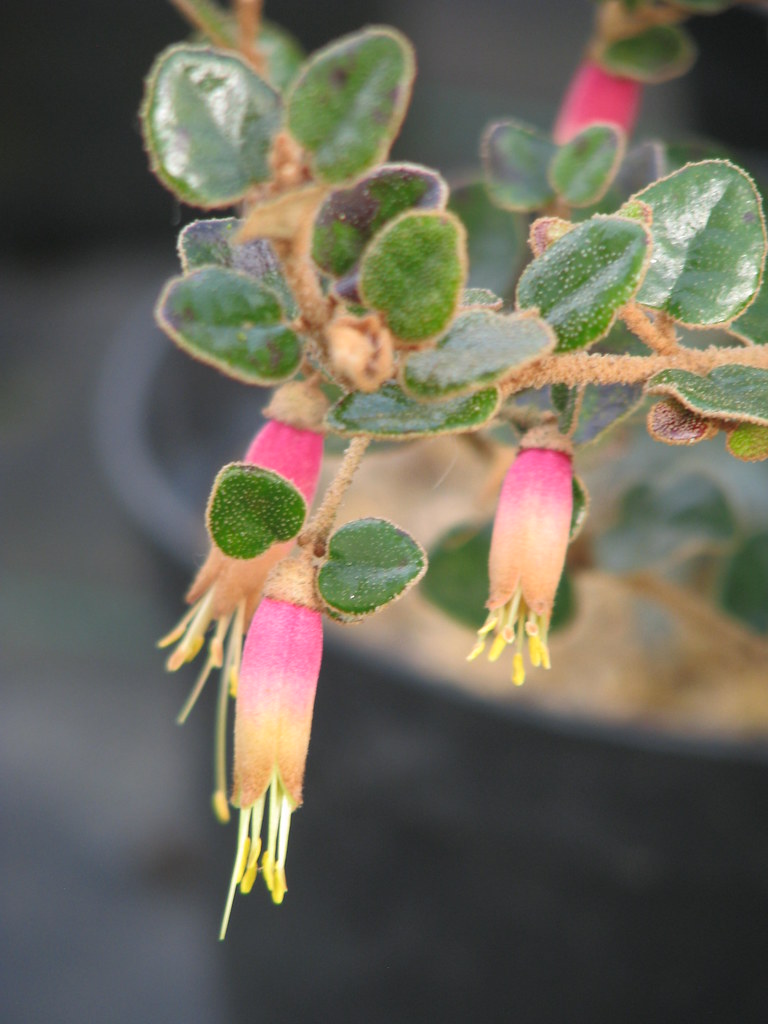 A lovely compact hybrid with very unusual coloured flowers - clear pink but tipped with brown suede. The leaves are more or less circular, shiny green with brown felt trim. Not tried for hardiness here but with nummulariifolia in its parentage, likely to be fairly tough.
Sold out 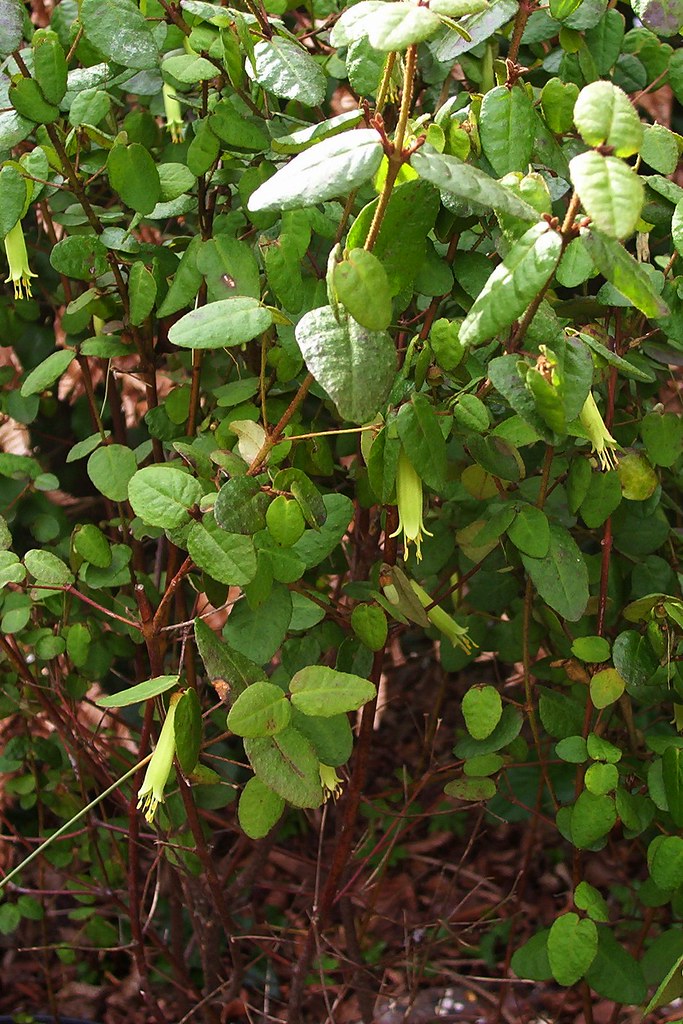 Unusual fresh green foliage with tubular lime green flowers part hidden among them. A somewhat gangly form, inclined to lean against other shrubs and prone to wind rock - hence best grown among other low shrubs. Another collection from Hobart and very hardy there, but needing shelter here.
sold out 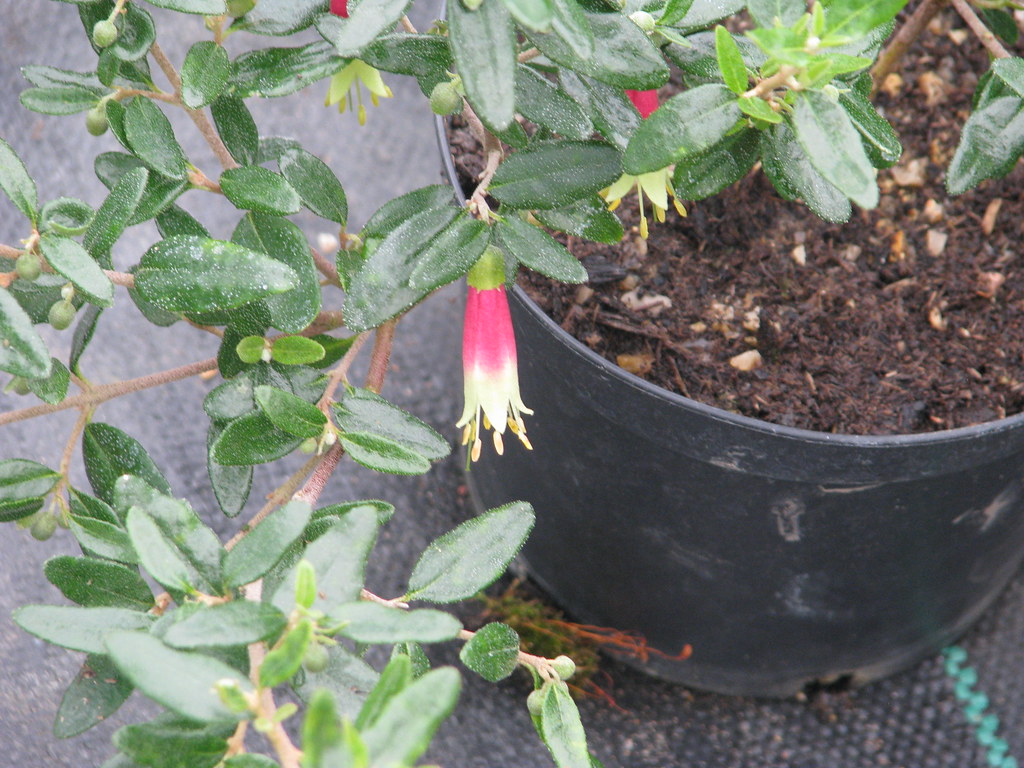 A less hardy species with narrow dark glossy green leaves and tubular red flowers, tipped with pale green. Will probably need a cold greenhouse through winter in most parts of the UK.
Sold out