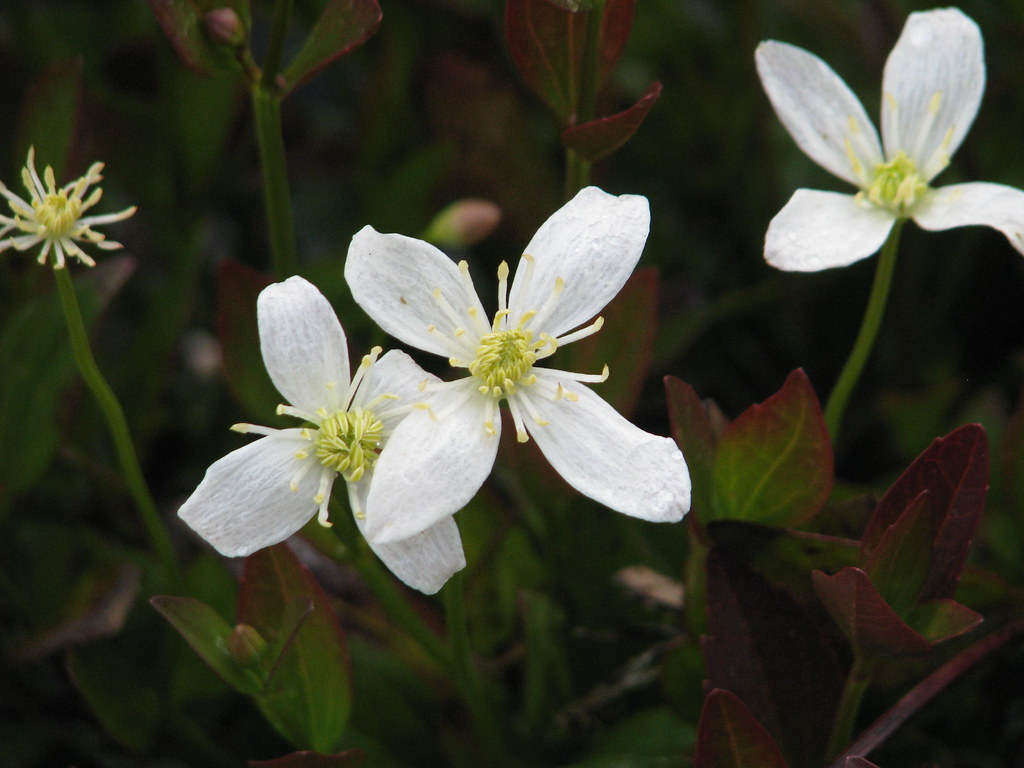 This is a wonderful species which I saw growing in drifts all along the roadsides in south-eastern Tasmania where it is endemic. It's a completely non-climbing low-growing evergreen herbaceous perennial with flowers very like those of Clematis montana - mostly white but often with a pink tint to the outside. 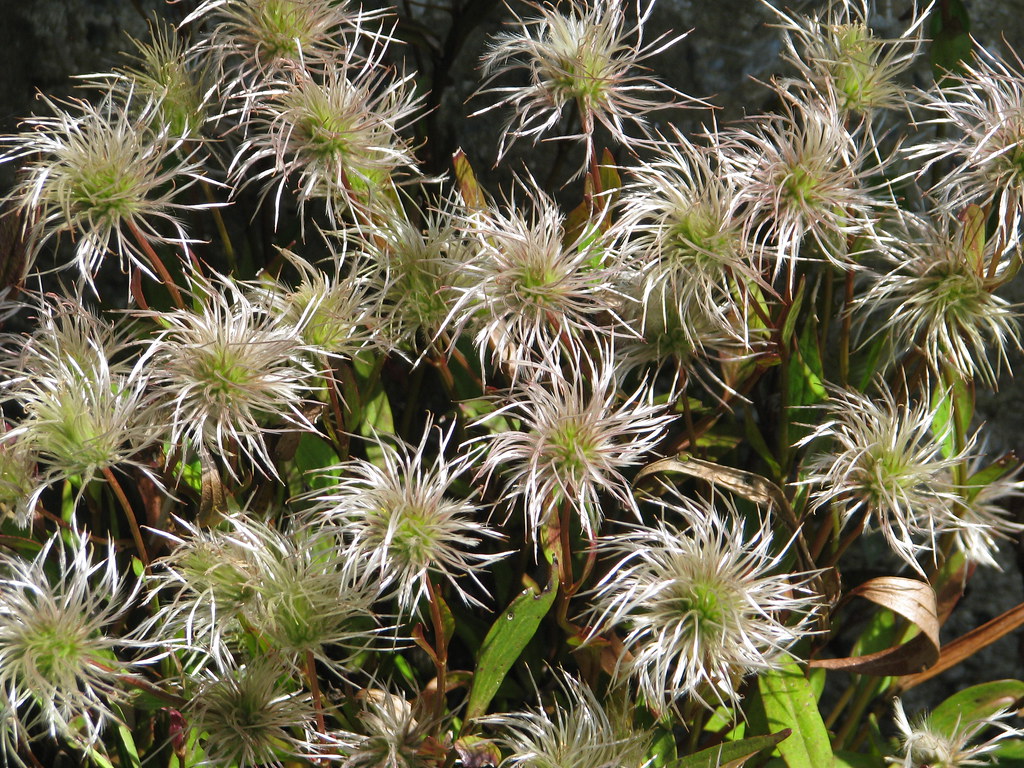 Like all antipodean Clematis, there are separate male and female plants - the males having broader 'petals' (sepals actually) and short filaments, the female with narrow sepals and showier filaments that turn into silky seed heads if a male is nearby. I recommend growing both though at this stage my plants are too young to have flowered yet so I can't sex them.

The epithet 'gentianoides' I think refers to the leaves rather than the flowers. They are simple ovals with three veins (not compound like most Clematis) and a dark leathery green often with maroon tints.
Surprisingly hardy - even in The Wirral apparently, but probably best with shelter to preserve the evergreen leaves as intact as possible. For a well-drained sunny spot. Not tried on chalk.
1L pots ~ £12