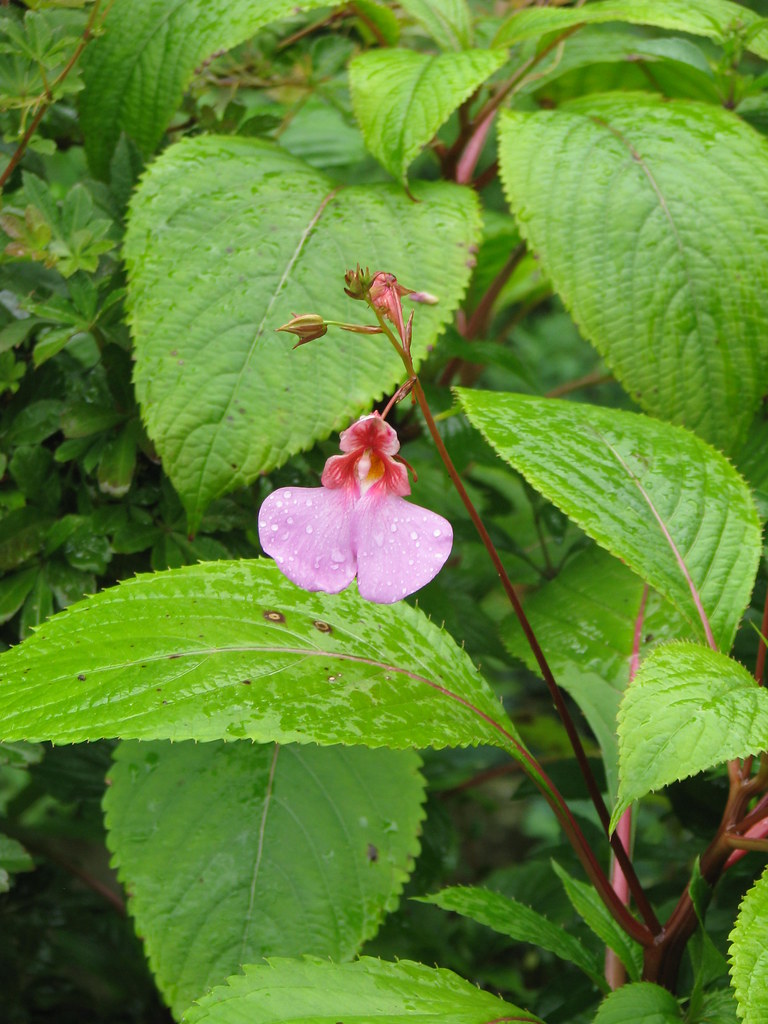 A gorgeous big African species, related to tinctoria but with rich pink flowers and red stems (the colour is deeper than in these pictures). 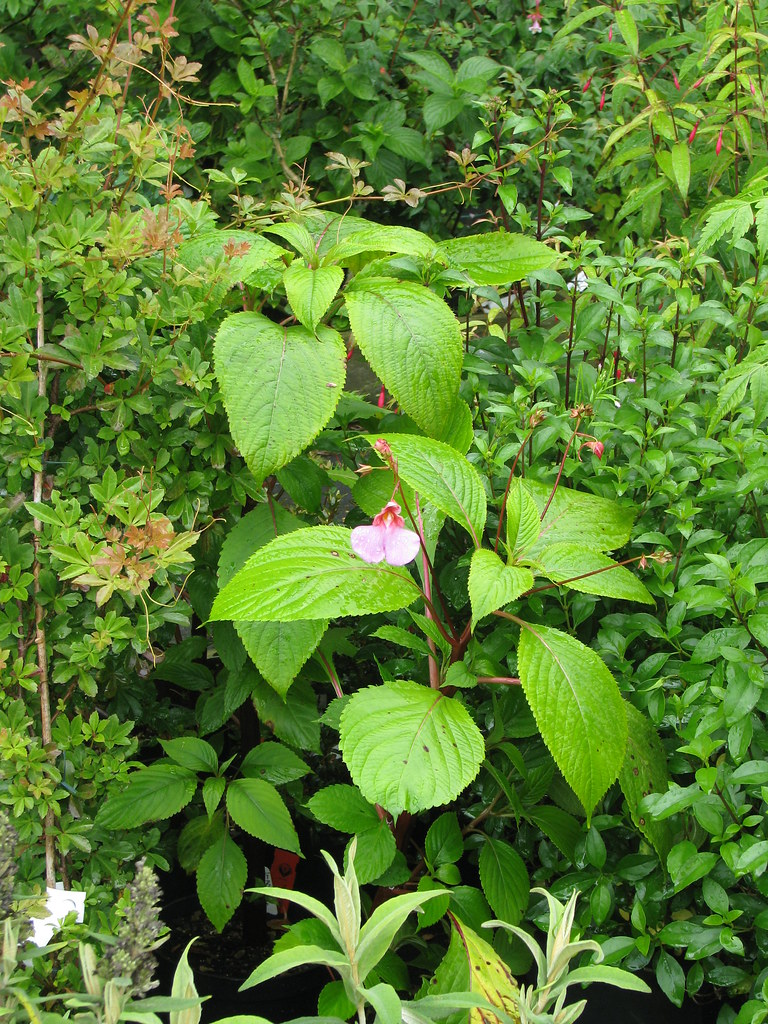 Seems hardy here in the border in full sun with a thick strawy mulch in winter. It actually seems better kept on the dry side - not parched - just well-drained and open
£10 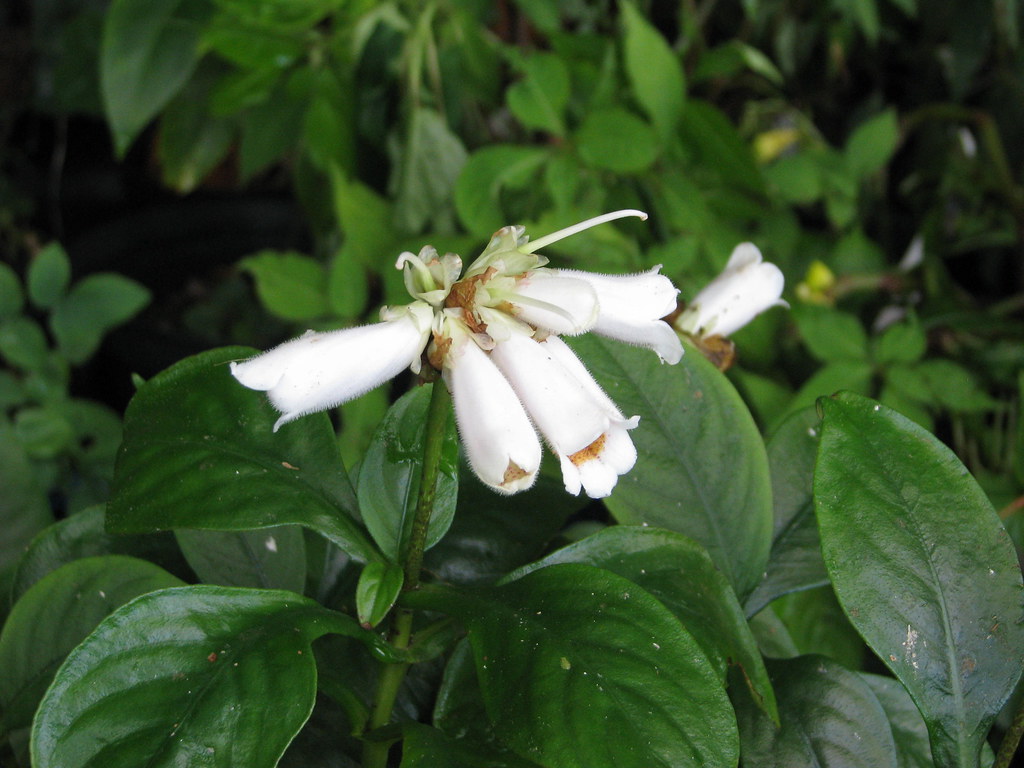 I was very excited when I first came across this on Ed Bowen’s Opus nursery website. I thought at first it might be some very classy Abelia relative with long white flowers, marked rich red inside over dark green leaves, but it is in fact a member of the gesneriaceae. 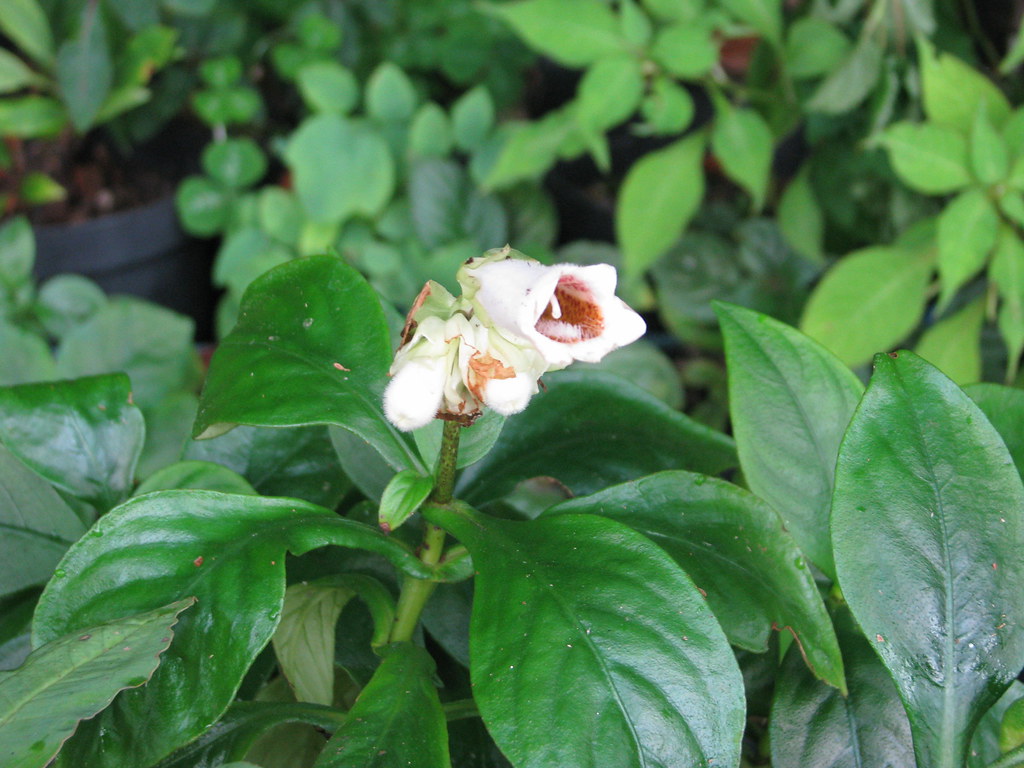 Now, one does not expect gesneriads to be hardy easy-going perennials in the UK but this does appear to be the case here. The easiest up until now have probably been Haberlea and Mitraria but this adds to the list and seems if anything, even more adaptable.

Unlike many choice woodlanders it doesn't appear to need cool moist conditions to do well and, as I've discovered, puts up with rather hit-and-miss watering rather well. It spreads and bulks up well and quickly here. I don't know yet how much cold it puts up with but it seems hardy at least in Southern England. It dies back to rosettes in winter.
Still rare outside specialist collections but destined to be very popular I think. 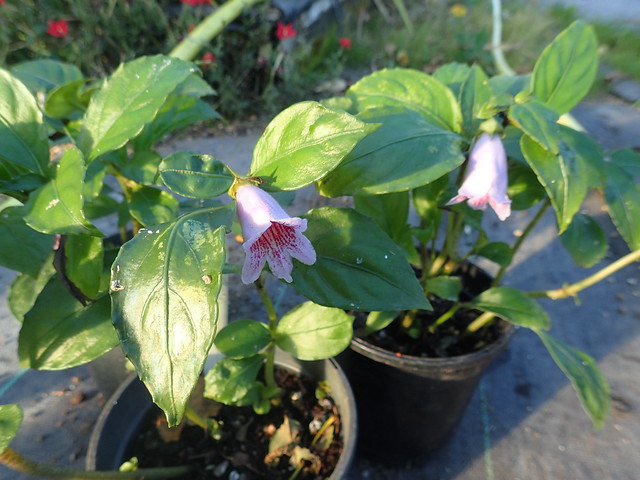 This pink-flowered species was being sold as subcapitata by a few nurseries but is obviously distinct, both in the flower colour and the thinner texture of the foliage. 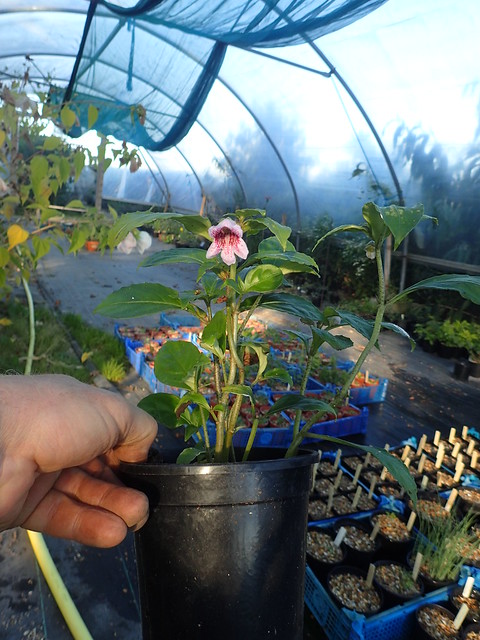 It seems just as easy to grow and may even be hardier, judging by the fact that the overwintering rosettes have remained evergreen.
crop failure 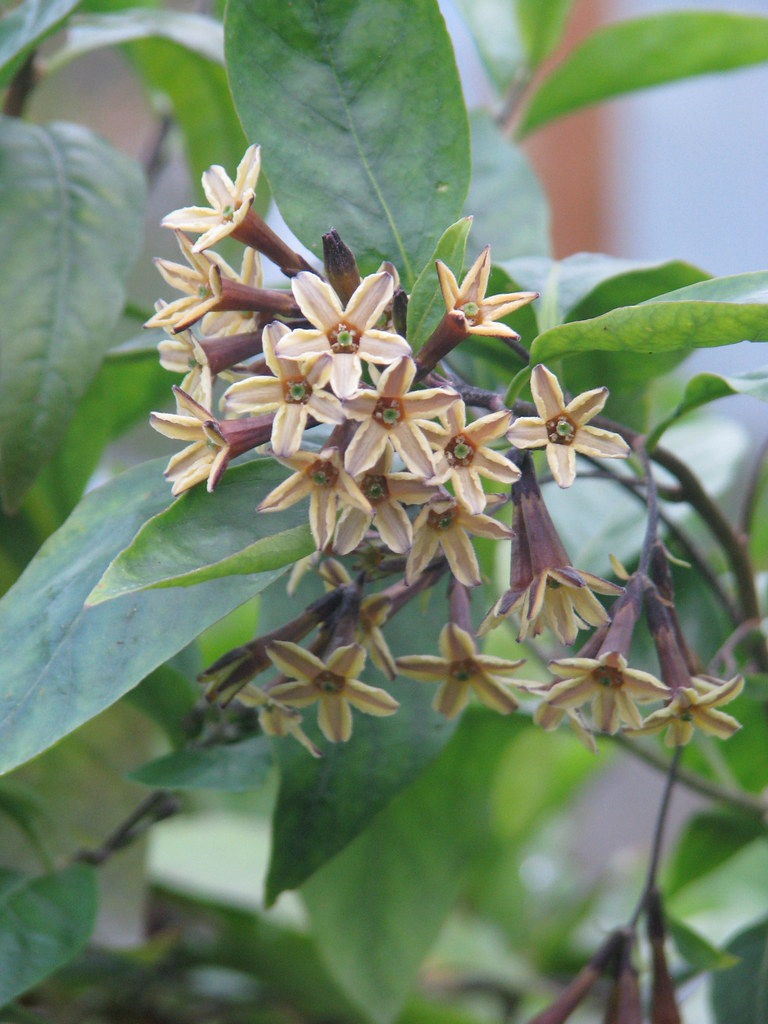 A remarkable evergreen shrub given to me by Geoffrey Kibby who has had it in his North London garden for some time and reports that it has never been frost damaged and is very vigorous. 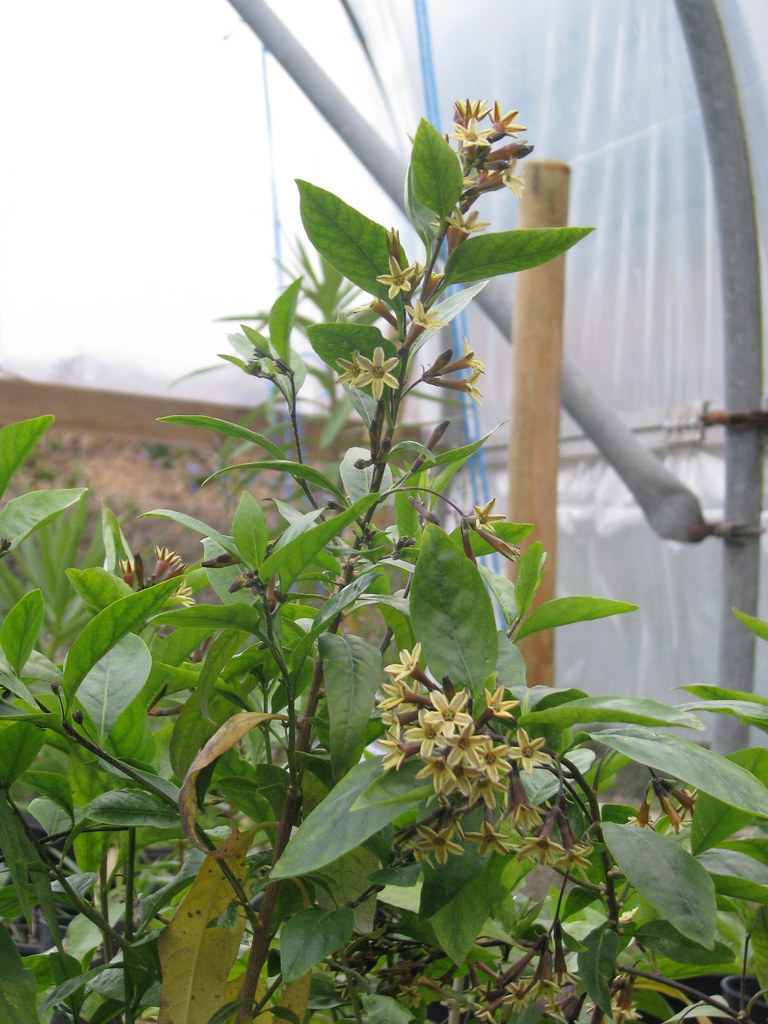 The suspicion is that it isn't parqui (sadly it has no evening fragrance for one thing) but the floral display is interesting enough on its own for me. 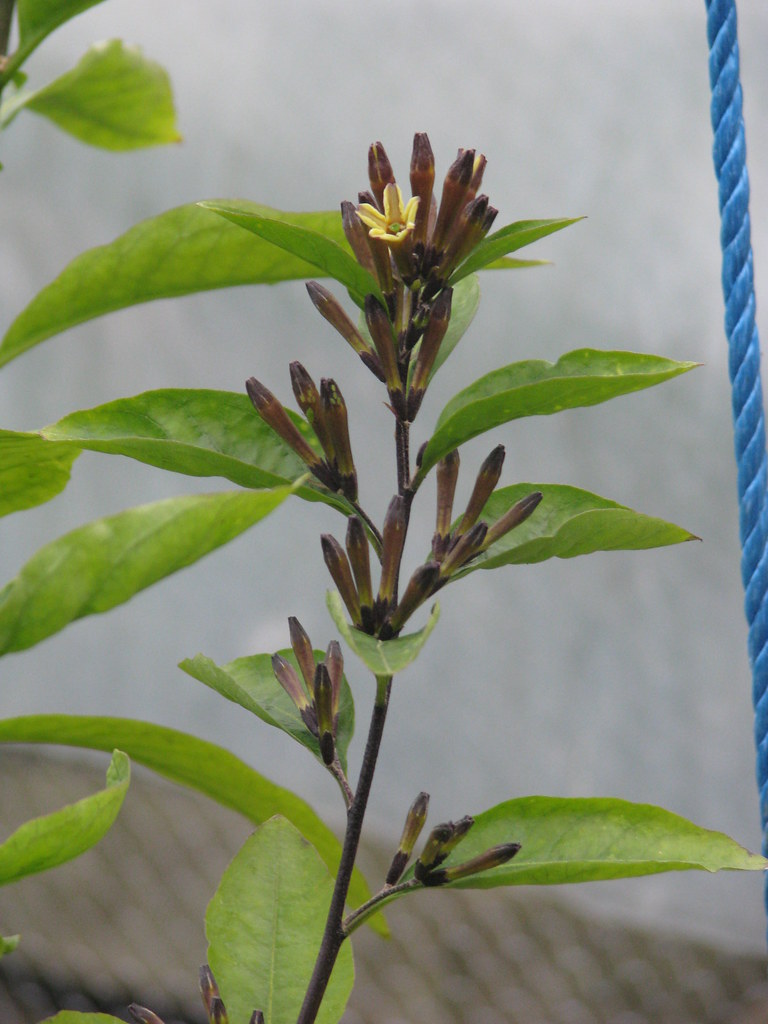 The flowers are essentially mustard yellow but heavily tinted with inky maroon, especially in bud and when they close up during the day, which creates a striking two-tone effect. The leaves are stained black in winter. Probably worth sheltering in colder areas.
£12 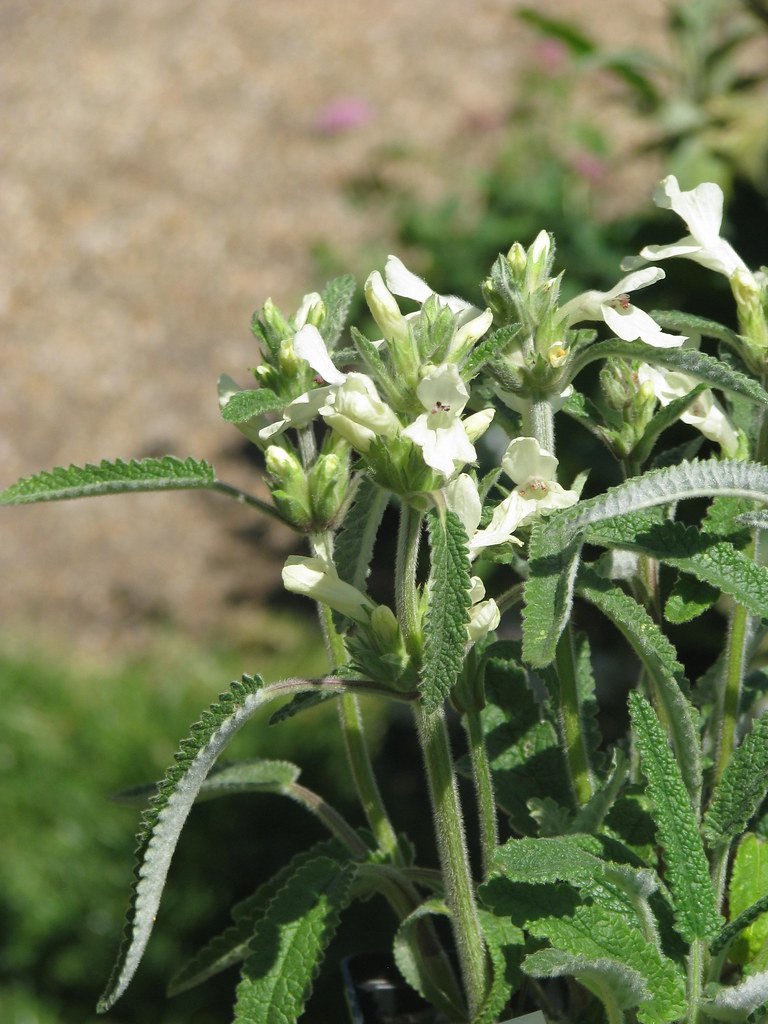 A very beautiful species a bit like officinalis but larger in all parts and with flowers of palest yellow on compact greyish bushes. 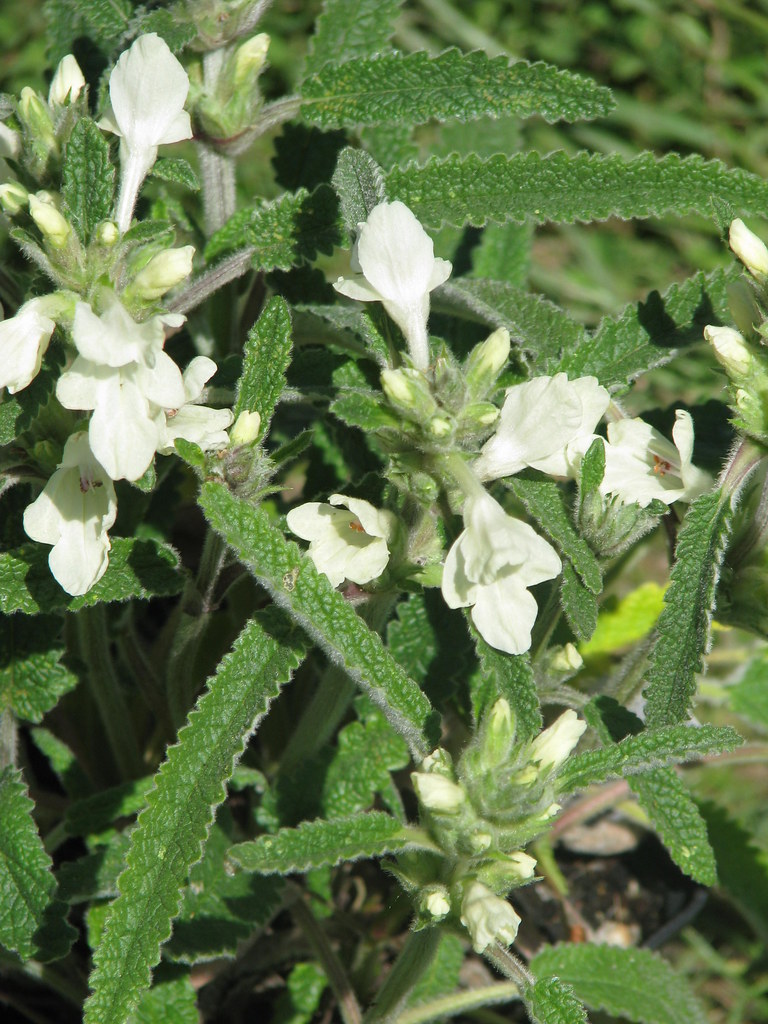 Hard to explain but this plant has a real refinement compared to many of its coarser relatives and is not even slightly weedy. Easy and adaptable in the border. A real charmer.
1L pots ~ £7 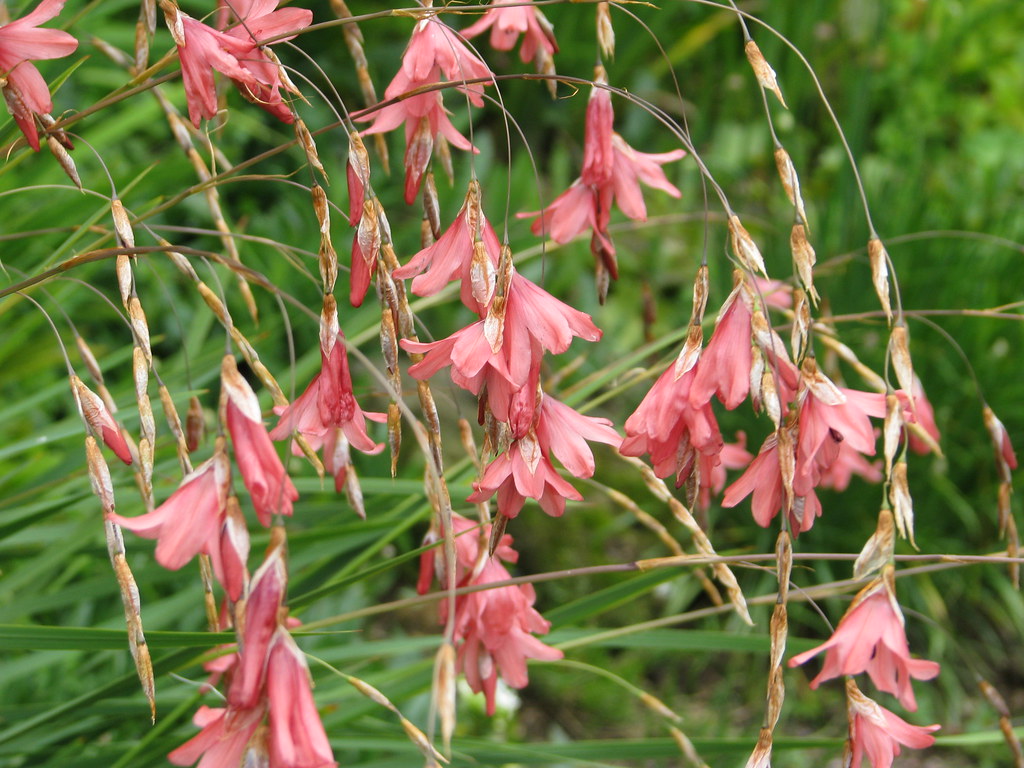 A medium sized species, forming a dense tussock of narrow leaves. The funnel-shaped flowers are of an unusual terracotta hue and held on fine arching stems to about 3ft high. 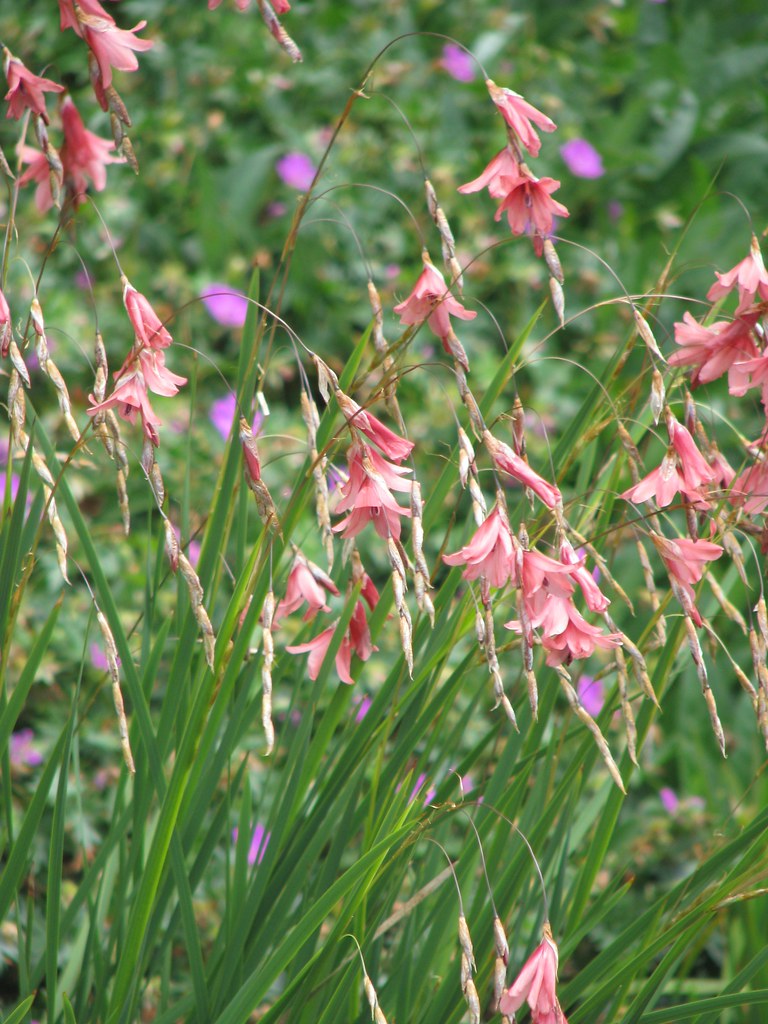 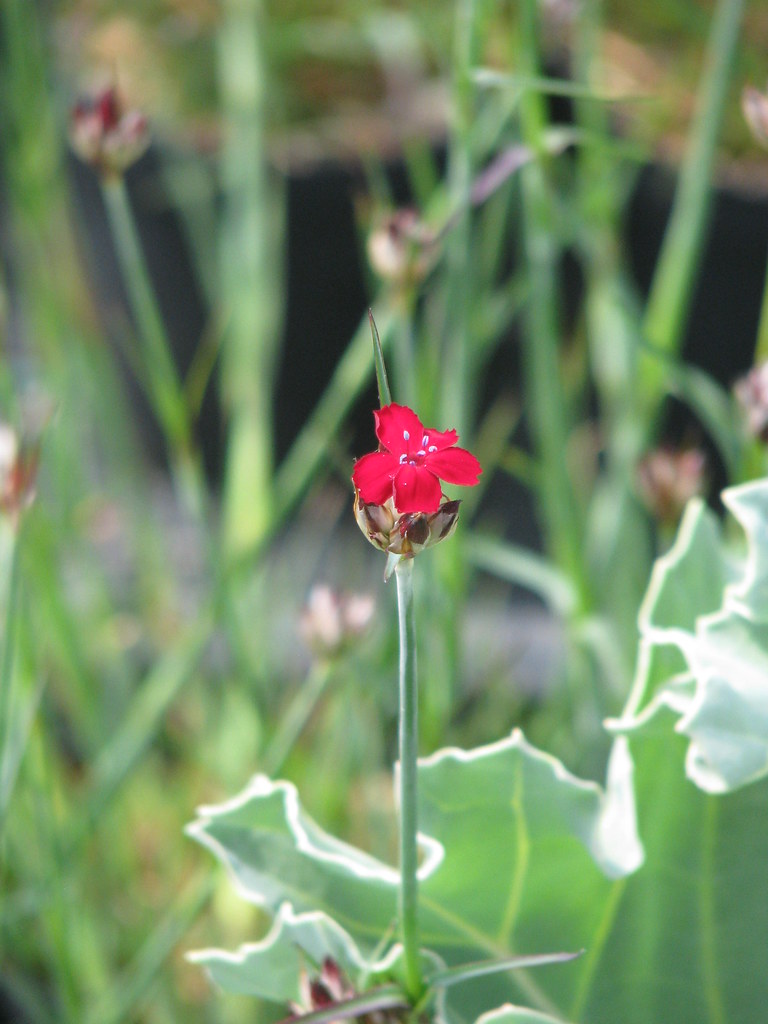 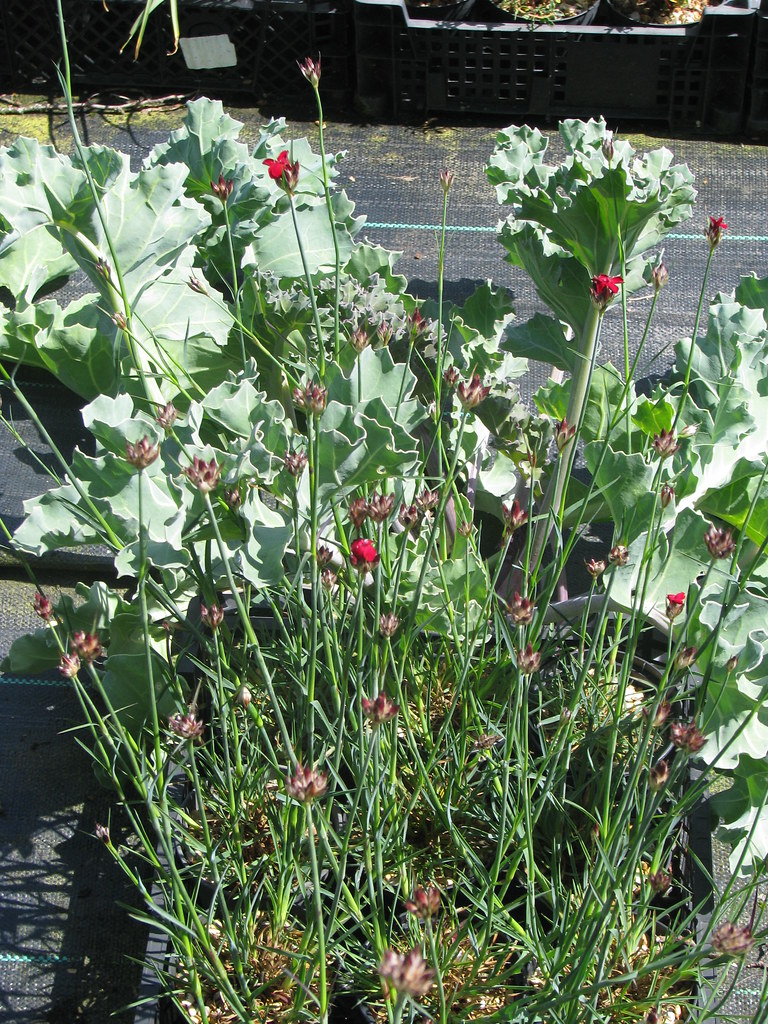 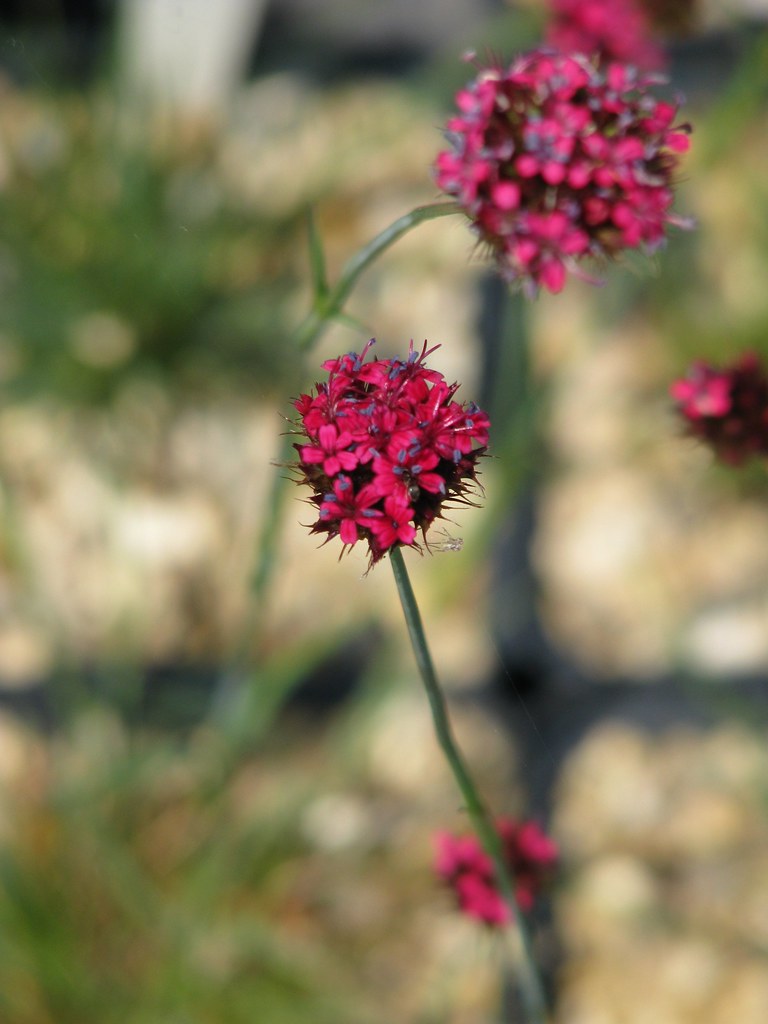 A very rare and classy species, producing tight tussocks of pine-needle-like foliage (hence the name). In summer, dense heads of dark ruby red flowers with violet anthers are produced on wiry stems, high above the foliage. For an open site in sun. Seems to need especially sharp drainage and should fare especially well on chalk.
3in pots ~ £5 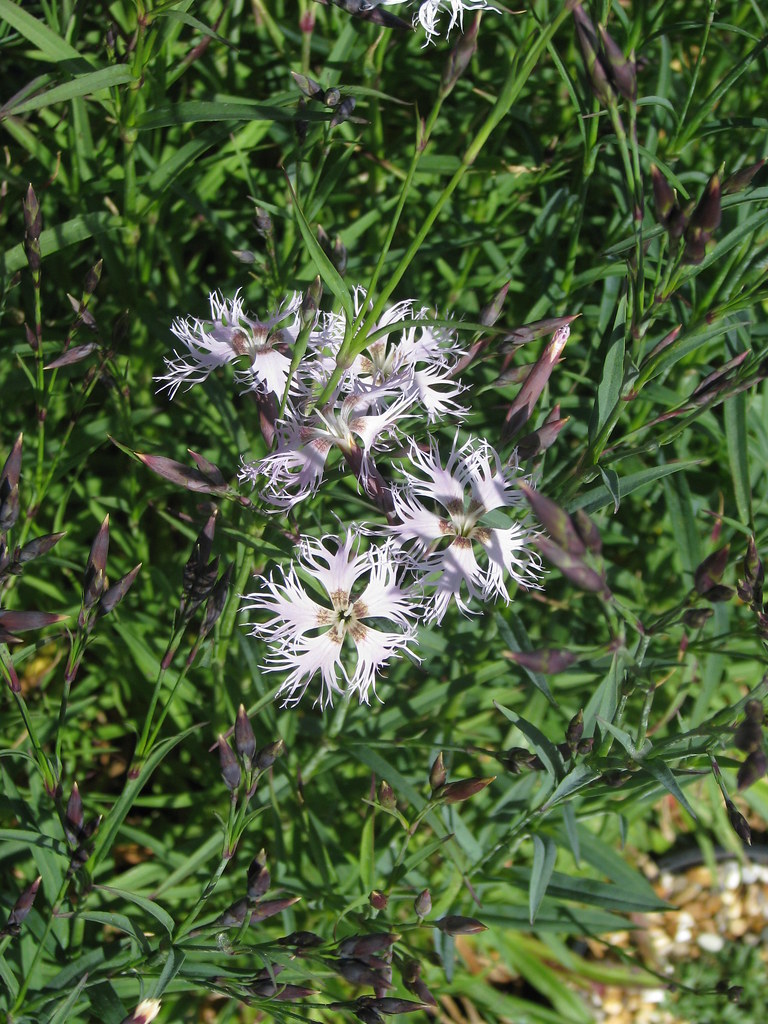 Much more informal and grassy than most pinks but with exquisite and quite large pale filigree flowers on tall stems in late spring/early summer. The ragged and finely marked flowers are worth looking at closely and are heavily fragrant. 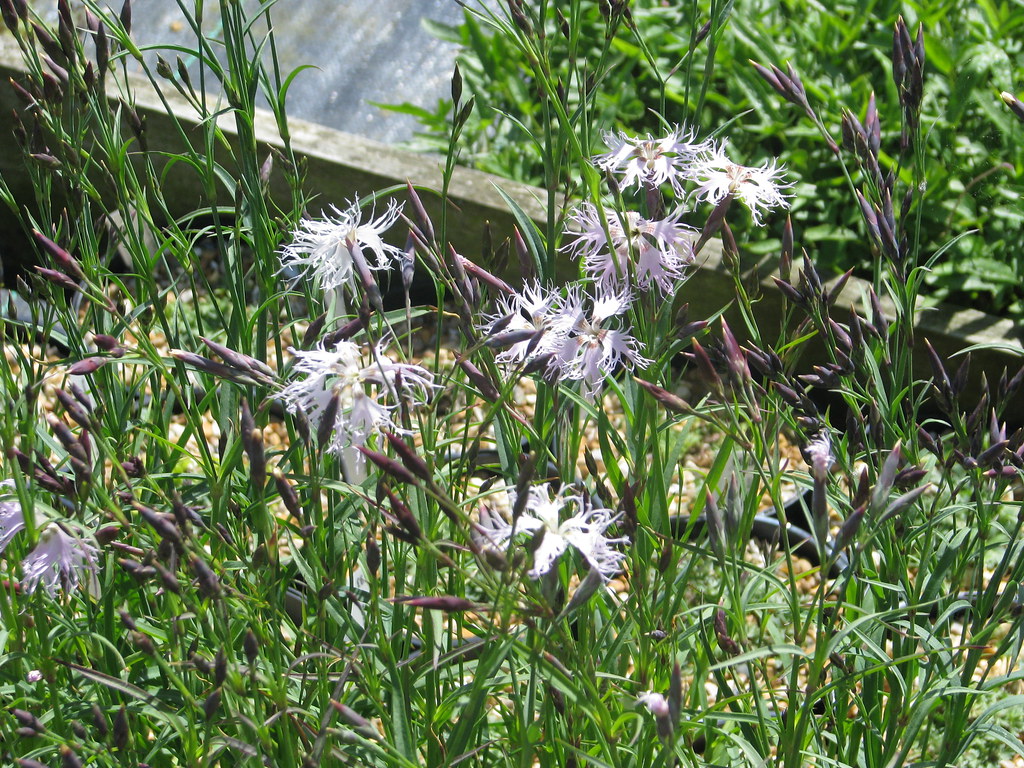 A superb and rarely seen ‘old fashioned’ cottage garden pink - not at all garish or artificial looking. 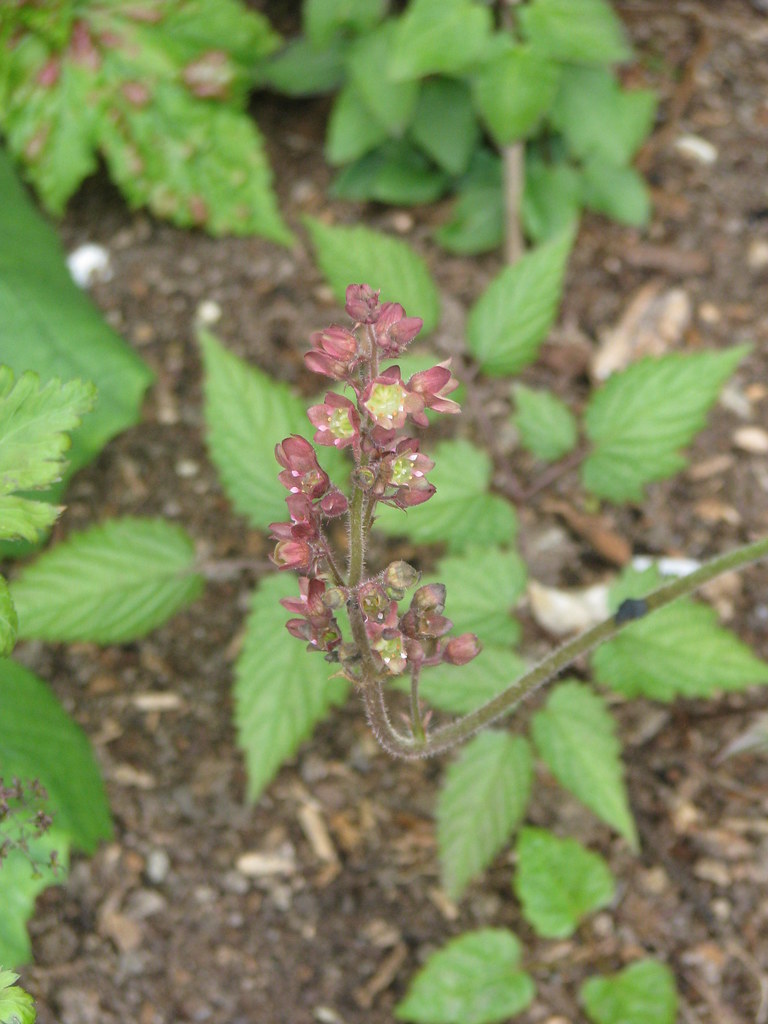 A change from the endless stream of bedding Heuchera that are so fashionable at the moment – this is very close in appearance to H.cylindrica which is usually available in a form known as Greenfinch. Brownfinch has the same cylindrical flower spikes, but of a rather nice rich red brown, on unusually tall stems. The foliage is attractively silver splashed. 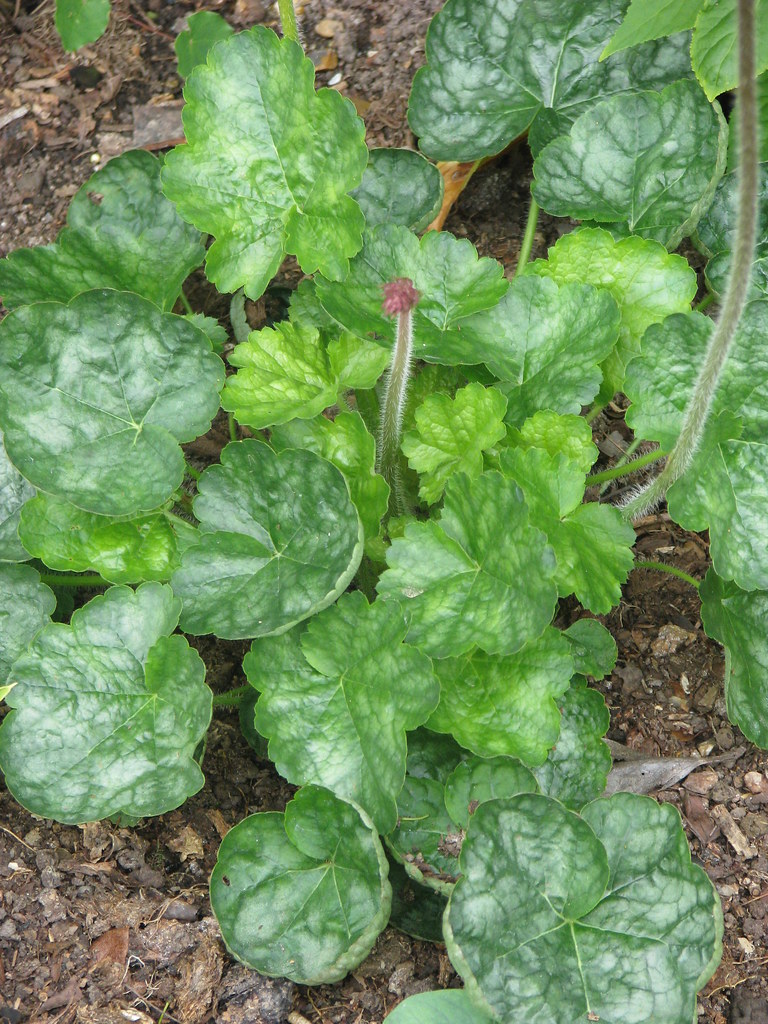 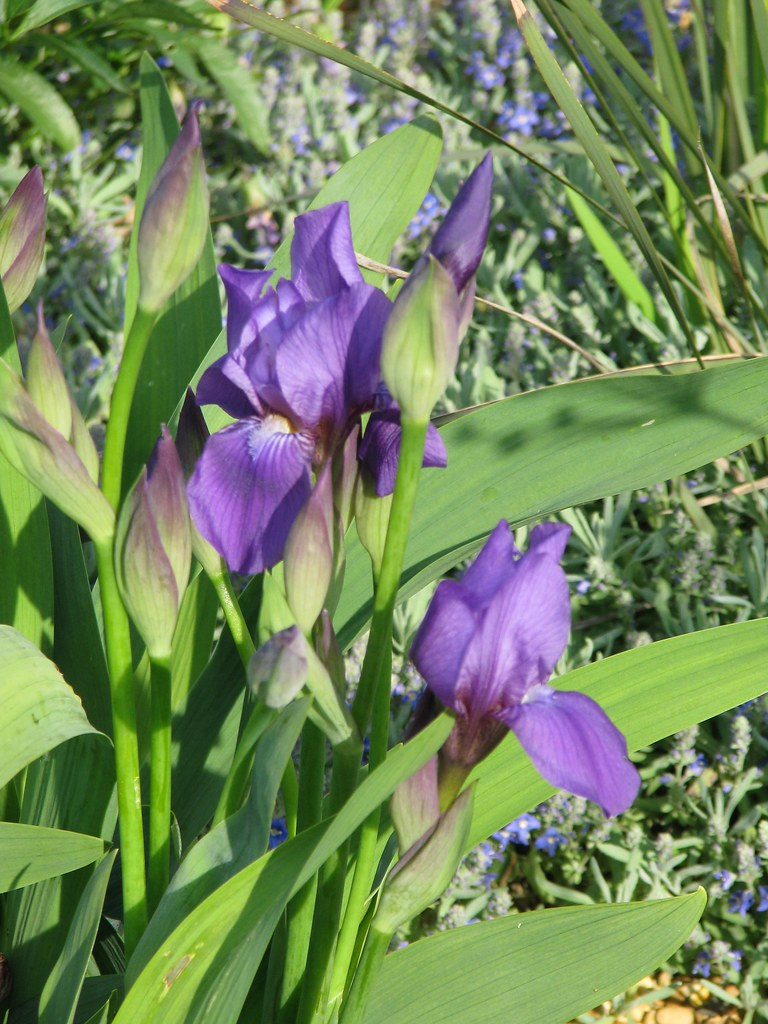 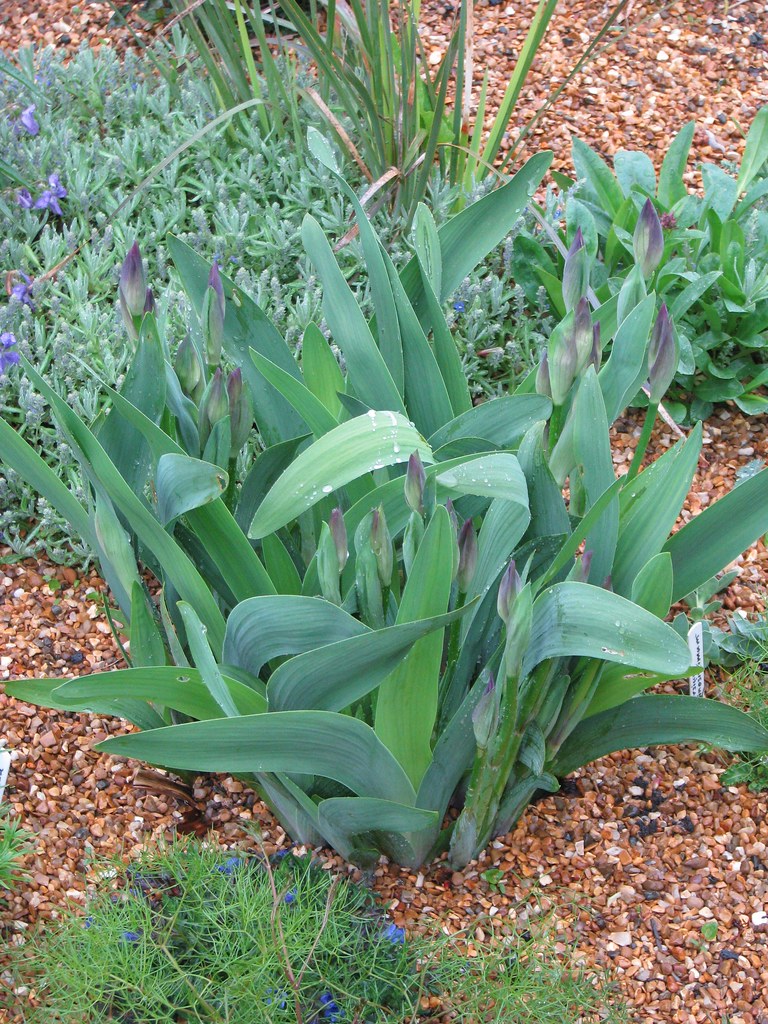 Also has excellent new foliage - a feature in itself. 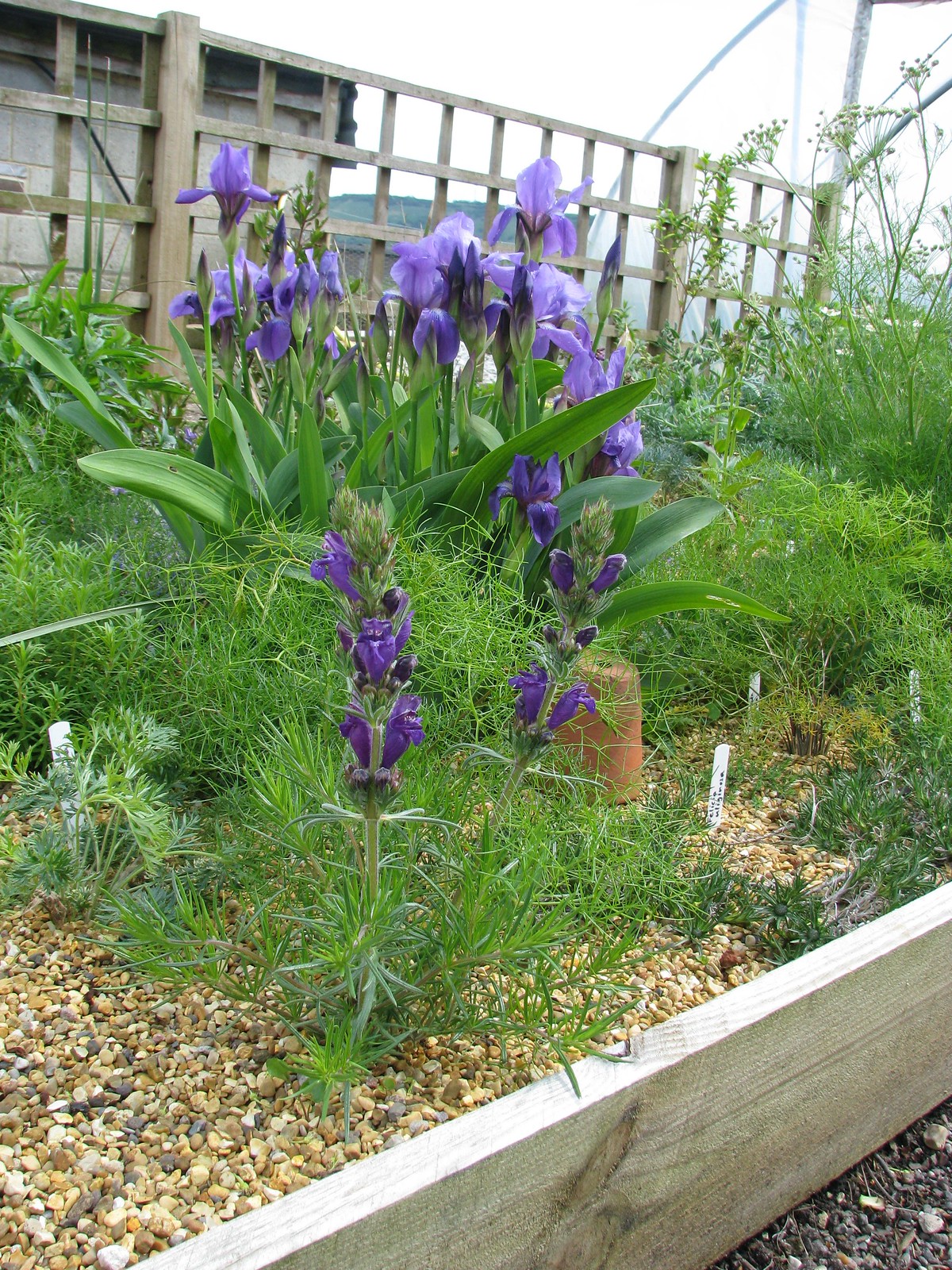 Easy in the open garden in a sunny well-drained spot.
1L pots ~ £8