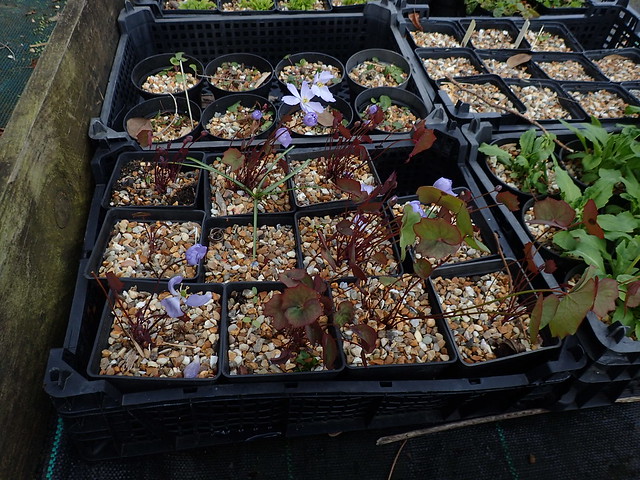 A classic woodlander from Japan of exquisite poise and hue and one of the first plants I fell in love with. The crystalline purple flowers appear in early spring above the coppery red emerging foliage. The leaves are made up of two leaflets and are a soft matt green. Just beautiful.
When I got the seeds I'd assumed they'd not do well here - too hot and dry in summer, but they've grown easily with almost no extra care. Best on a moist soil in shade with other small woodland plants
£6 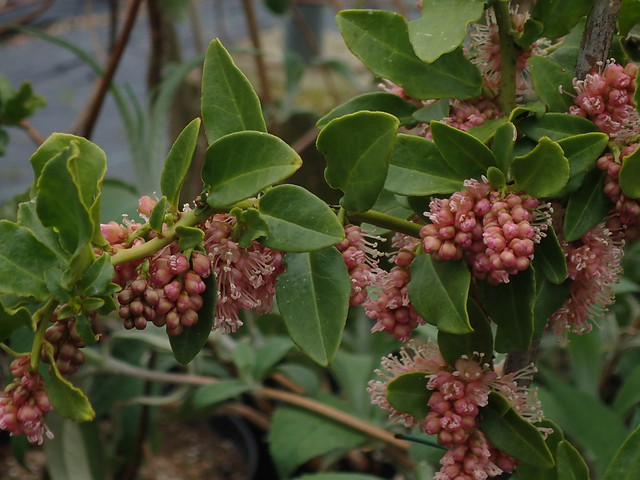 An unusual Chilean climber related to Phytolacca with small wavy matt evergreen leaves, and clusters of pink scented fluffy inflorescences in spring. Can be trained on a sunny wall or growing through a large shrub or as ground cover. 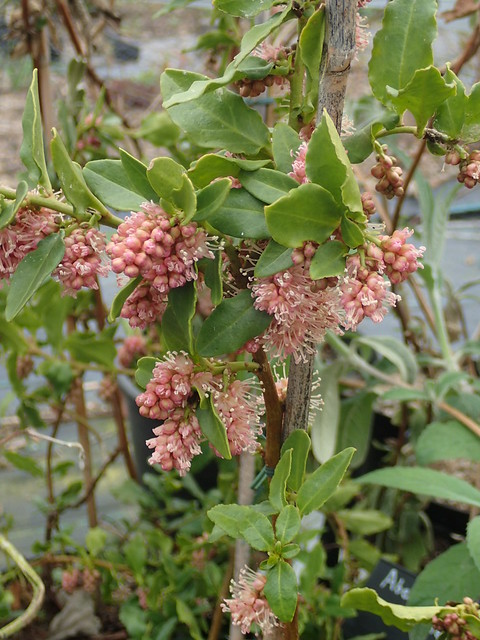 Hardy and adaptable with a bit of shelter
£16

Rather like a climbing Fritillaria is how I'd describe these unusual herbaceous vines. The flowers have the same bell-shape and a similar green and maroon colour scheme, though without the chequering. The markings are just as interesting however.
Often recommended for woodland conditions but adaptable to a variety of rich and not too dry soils where the vine can grow up through shrubs into the light. Watch out for molluscs early on. To 6ft tall. Flowering late summer/autumn. 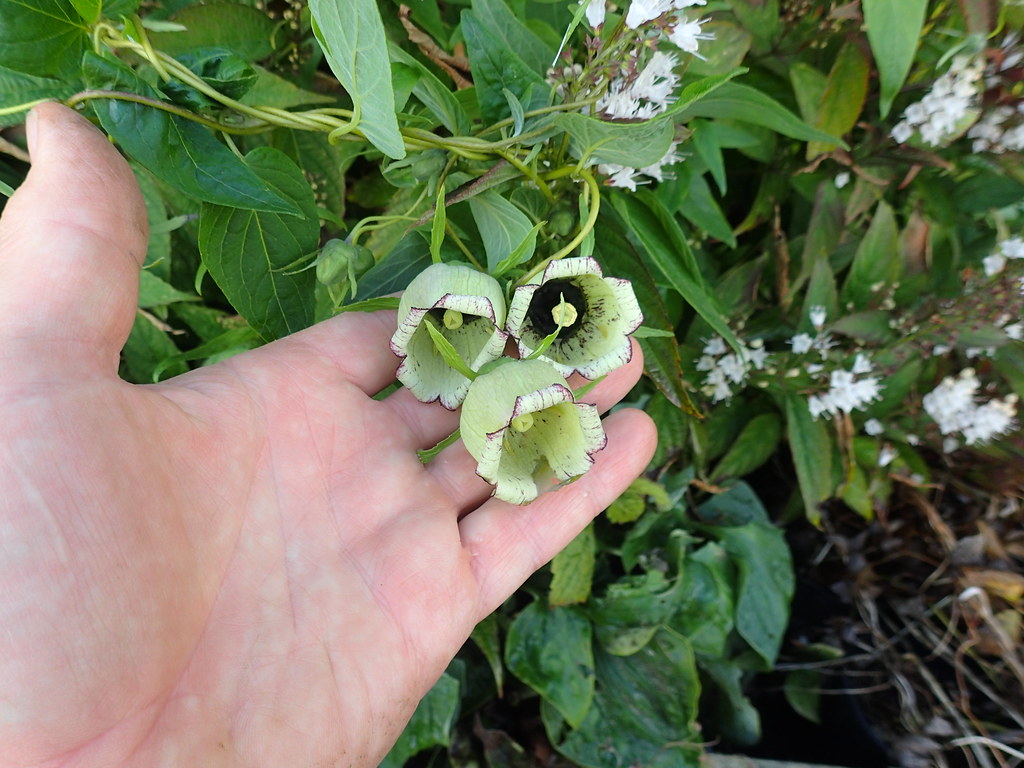 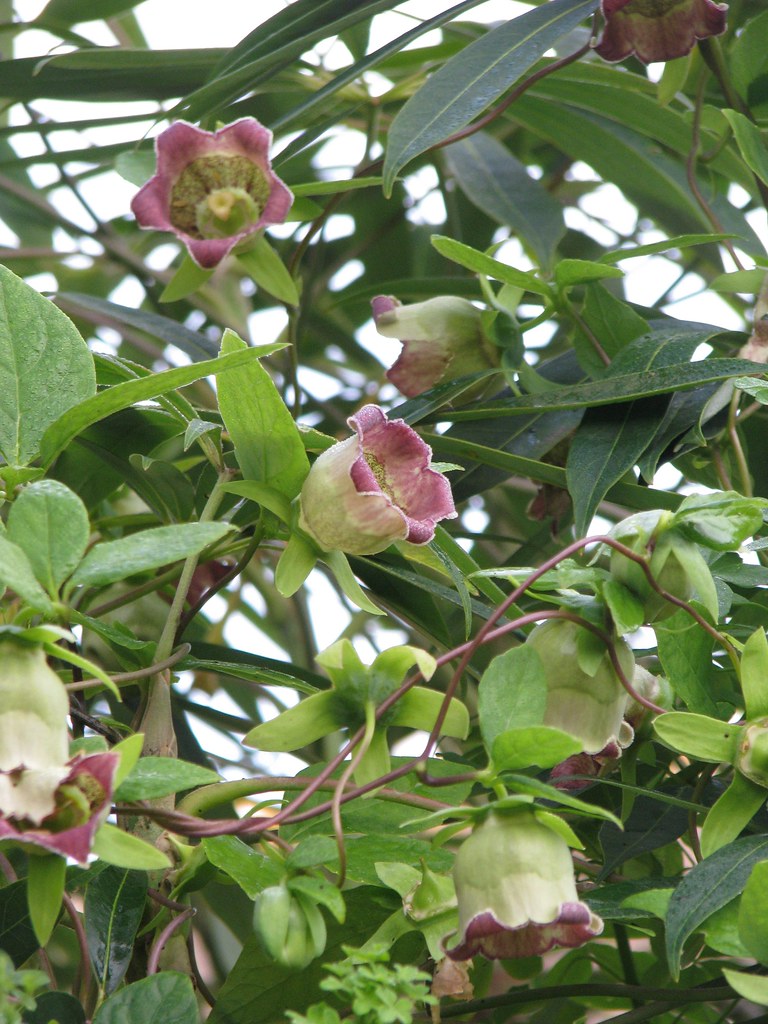 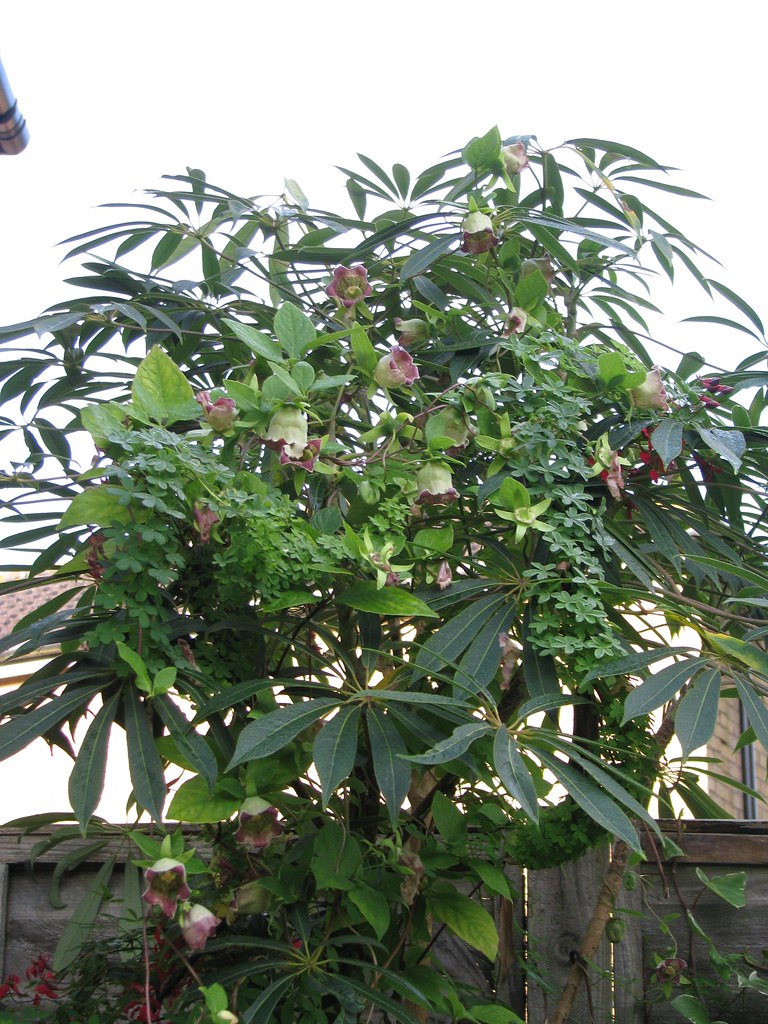 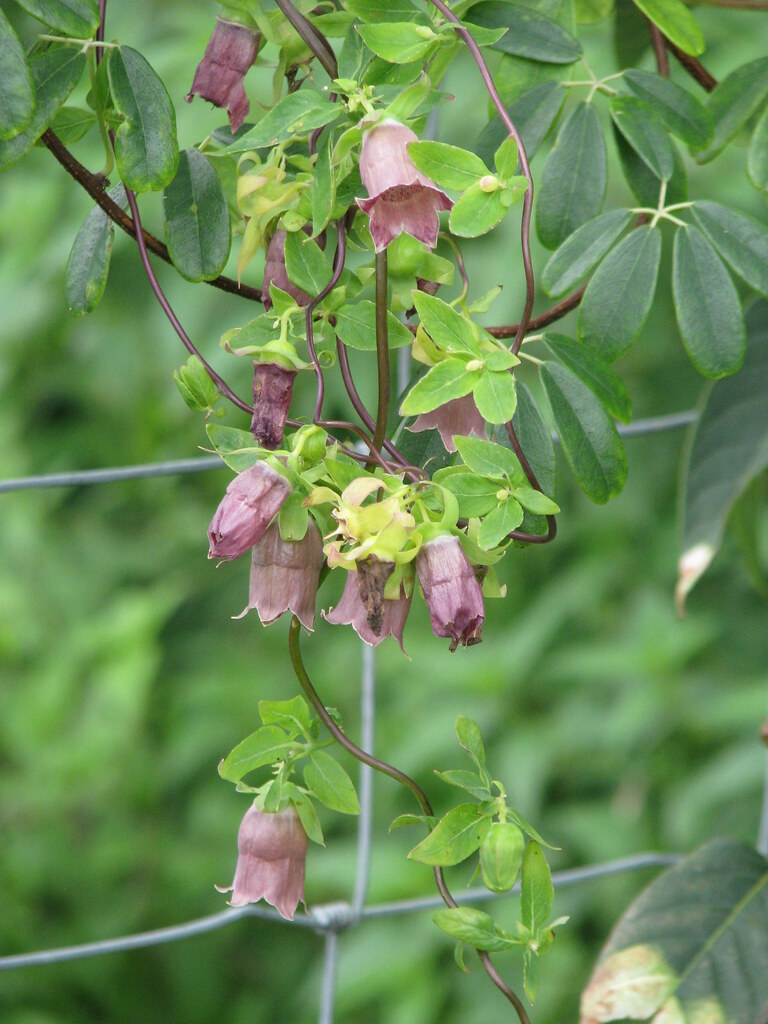 Like lanceolata but with smaller, maroon bells. Also very hardy and easy
£8 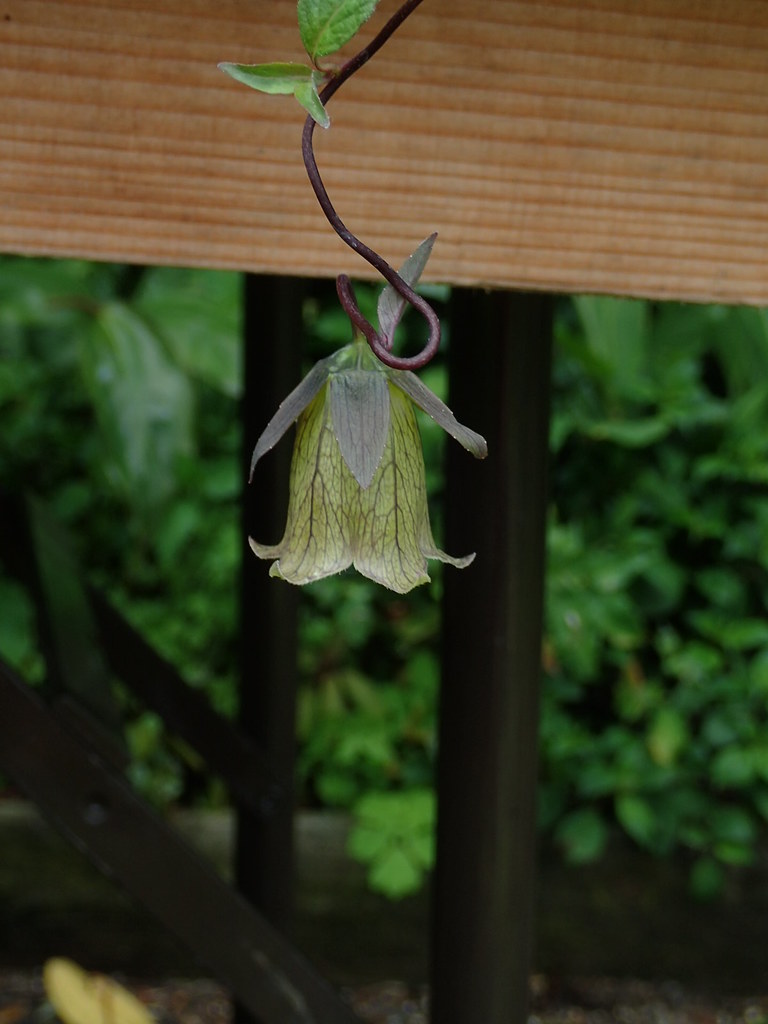 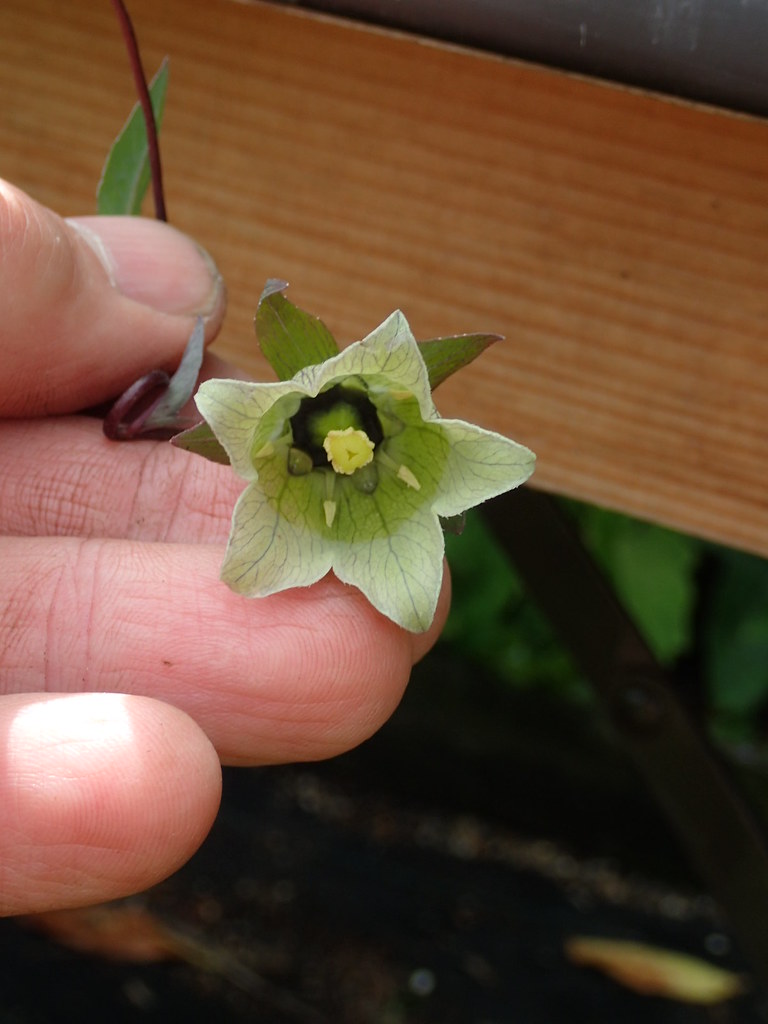 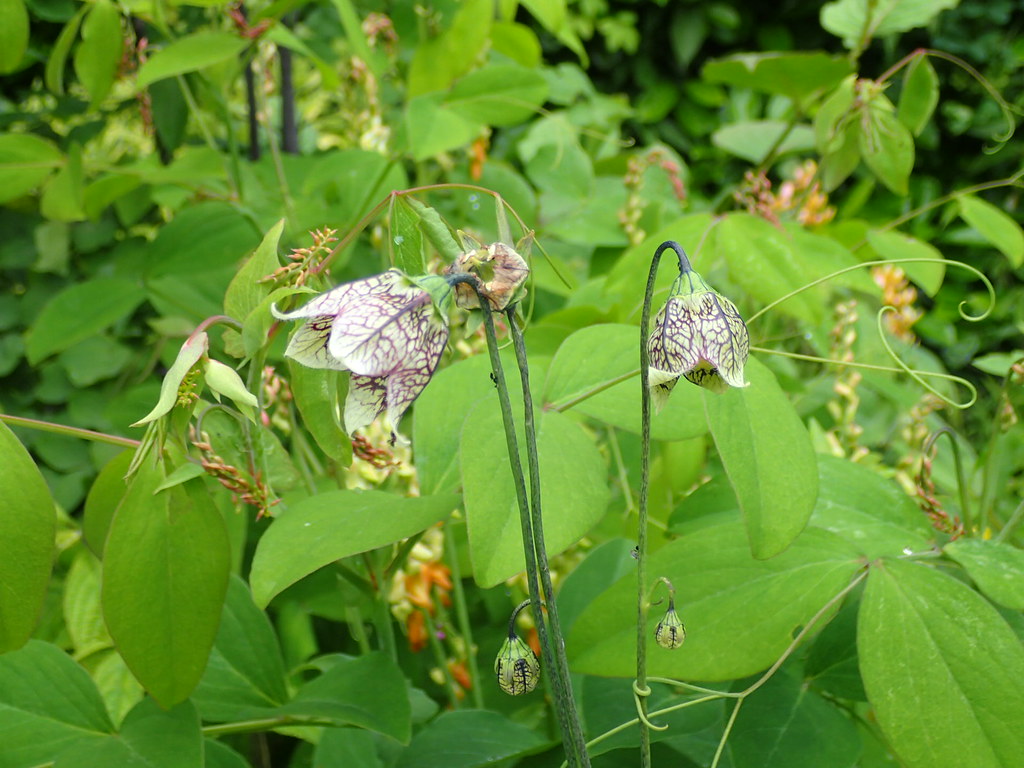 A stunning non-climbing species. The nodding Fritillaria-like flowers are creamy but heavily veined in black and held on incredibly tall slender stems over a small cluster of leaves (and yet no staking required so far). 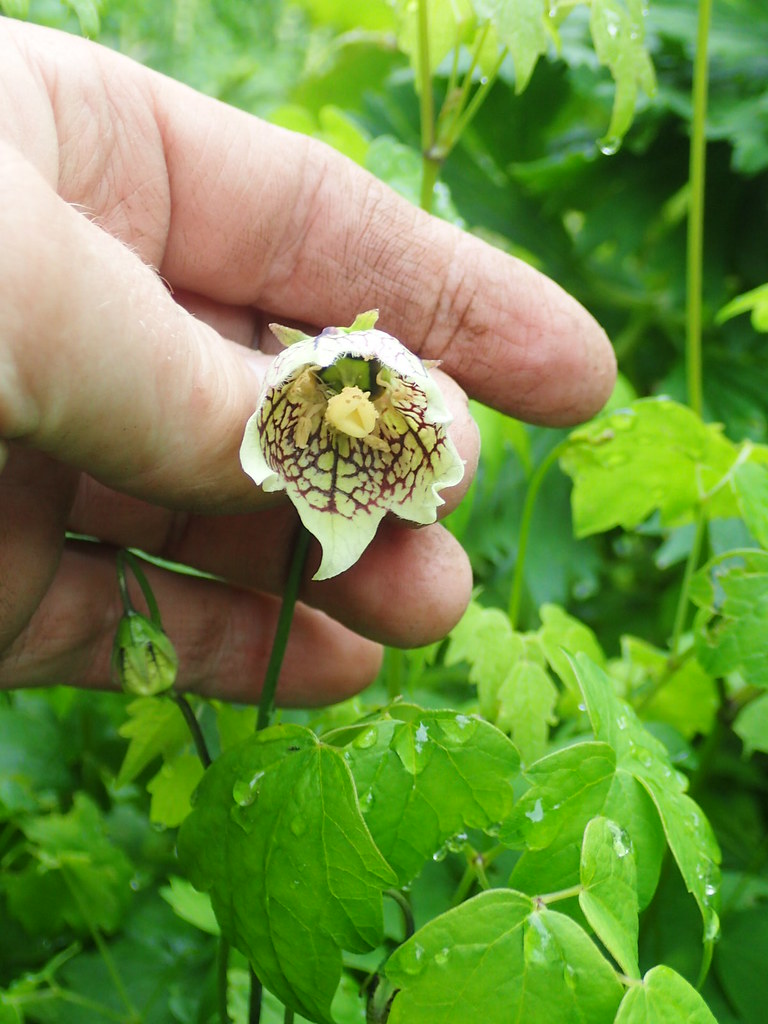 Hugely desirable and my new favourite. Codonopsis seem to do well here despite the hot dry summers, with very little mollusc damage once they're past the seedling stage.
£8 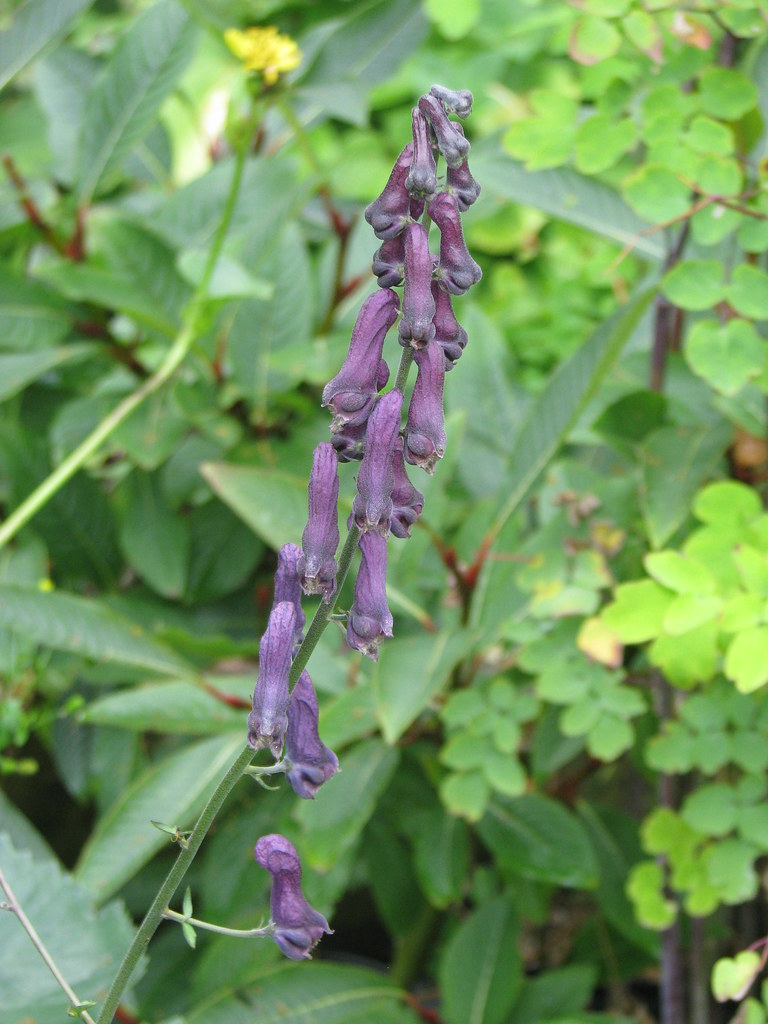 This is one of those species where the flowers have a tall narrow hood. The best-known forms have yellowish or off-white flowers but this is a very nice dusky purple form, to about 3ft tall and flowering in late summer. Easy and hardy 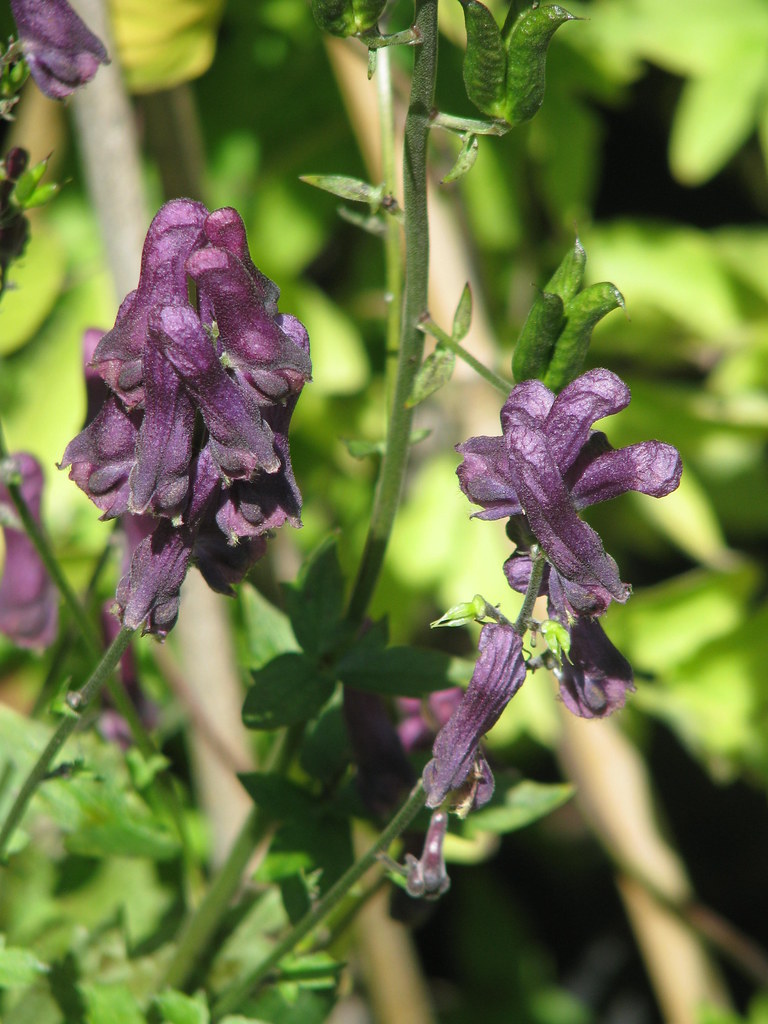 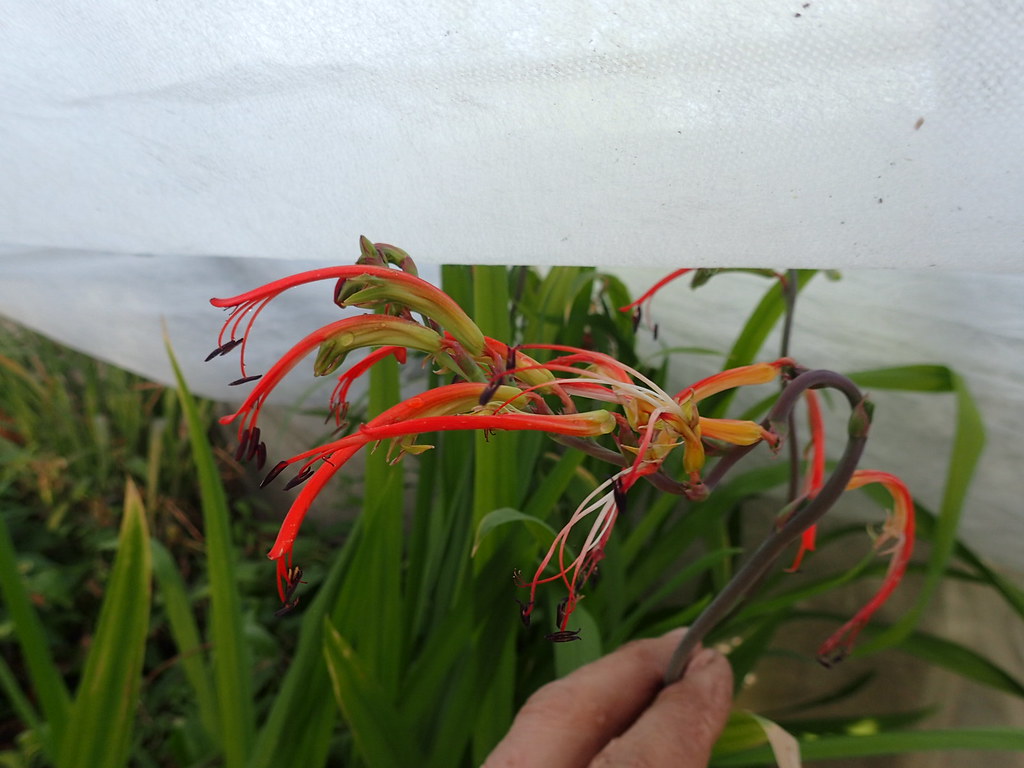 A tender winter flowering bulb similar to Crocosmia. The plumes of scarlet flowers make it a striking greenhouse plant, perhaps for a large pot with plenty of moisture during the growing season. Not invasive.
Not a brilliant photo because they're too tall for the greenhouse staging. I'll keep them on a lower bench next year
£8